Because his mistress (Not Gabrielle Union – some other I mean chick) is allegedly having his baby!

Sources say that Dwyane Wade has slipped up and got his side chick knocked up. Apparently this news has not only affected D. Wade’s castle but also his skills, which is why he’s been falling short during the past couple of games in the playoffs. Sources also reveal that Gabrielle Union is fully aware of what’s going on, which might explain her behavior in Vegas… She had a lot of “Instagram Straight Flexin’” moments.

The details of who is walking around with a fertilized D. Wade seed have not been revealed. Obviously neither D. Wade nor Gabby is excited about the situation and would love to “opt out” but…unfortunately, it’s not up to them.

Is this why the Miami Heat are down 3 games to 2 in the NBA finals against the San Antonio Spurs? Only time will tell, while the truth prevail.

BASKETBALL great MICHAEL JORDAN, 50, married Cuban born Yvette Prieto, 34, in an elaborate ceremony last weekend in Jupiter, Florida. the wedding was complete with all of the fanfare that Jordan’s money can buy.

Jordan’s new bride is supposedly an American model yet there’s no trace of her modeling anywhere for any top magazines or high-end designers ever. Truth is, Yvette was a party girl scoping upscale night clubs looking to snag a baller and hit the jackpot when she met Jordan.

According to the National Enquirer: Yvette is determined to lock onto “Michael Jordan’s” bank account by getting pregnant before the end of the summer… whether Michael wants it or not. Michael, 50, agreed to marry the 35-year-old Cuban-born model only after she  signed a prenup giving her $1 million for each year they are married, which would be increased to $5 million per year if the union lasts a decade or more.

But insiders told The ENQUIRER Yvette isn’t about to settle for that! “She thinks that’s chump change and has her own plans for breaking the prenup,”  divulged a close source. She figures if she has children with Michael, she’ll  have a hold on him forever, even if their marriage collapses. The child support  payments alone would add up to more than $1 million a year for each kid, and the  money would keep rolling in for at least 18 years. She told a friend, “If I have Michael’s babies, I’ll be set for life!”

“If Yvette’s marriage to Michael fails, she plans to soak him for a LOT more  than a measly million a year,” the source told The ENQUIRER. “She’s a gold  digger and won’t be happy until a big chunk of his fortune is in her pocket. “Some family members and friends think Michael’s making a huge mistake and  will pay in the end”.

When it comes to money, Yvette’s parents, Carlos and Maria Prieto, were  rotten role models. As The ENQUIRER revealed exclusively, in 2005 they were both  sentenced to 18 months in prison for insurance fraud involving a crooked medical  billing scheme.

A friend of mine who attended the Masters this week in Augusta, Georgia spotted Tiger Woods at a strip club in Augusta last night once the Master’s ended. Woods who was busted and butt naked to the world after his extra-marital affairs were exposed with some 21 skanks in 2009, is now dating some dumb unsuspecting skier by the name of Lindsey Vonn.

Woods who seemed back in his element, in all of his excellence at the Masters this week, shot a two-under par 70: his first-round score in three of his four years since winning in 1997, 2001 and 2002.

I was informed that Tiger was laid back and tried to be low-key as no one really cared that he was just another spectator amongst the booty shakers. 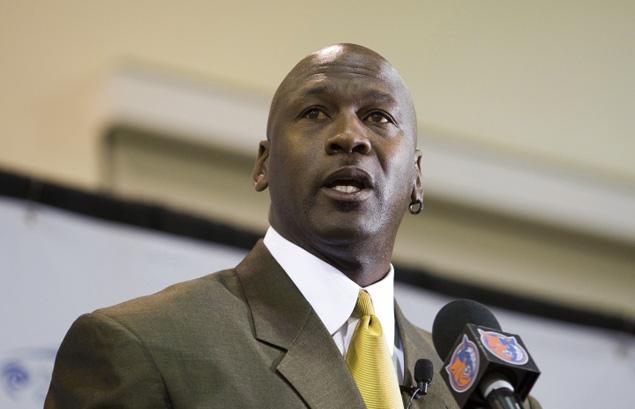 A woman by the name of Pamela Smith filed a paternity suit against basketball legend Michael Jordan on Feb. 6 in Fulton County, GA,  according to a TMZ report.

Smith claims she became pregnant after allegedly having an affair with Jordan in 1995, giving birth to her now 16-year-old son Grant Pierce Jay Jordan Reynolds, also known as Taj, in June 1996. That’s a long damn name for her son, can you all agree?

Smith said “in her legal docs she welcomes a paternity test to prove Jordan’s the dad. She wants full custody and child support. She also wants Jordan to pay  the kid’s medical expenses,” says the gossip site. Also adding she would like  her son to legally have the Jordan last name.

Jordan, 50, would have had the alleged affair while still married to Juanita Vanoy, the couple ended their 17-year marriage in 2006. I see Juanita dropped the last name Jordan once she divorced Michael too.

Jordan is set to walk down the aisle for the second time next month to marry girlfriend Yvette Prieto, a Cuban-American model.

So Gabriel Union is finding out that she apparently is not the only one. One of Dwayne Wade’s jump-offs ran her mouth and threw it up in Gabrielle Union‘s face that her man, Dwayne Wade is indeed a whore. In a letter sent to MediaTakeOut, the NBA baller’s alleged jump off wrote a letter to Gabby and based on her facts, I think it’s safe to say she was definitely in D-Wade’s house.

Seems like the Miami Heat has made its appearance on media takeout yesterday. So its only right I put Dwayne Wade on blast. First and foremost I’d like to thank ***** Wade, his cousin for booking my numerous of flights.

OH yea, hi Ms. Union. Good to see you stuck around and have a few more pieces of clothing inside of his house. The kitchen looks great by the way. I love the new counter tops. I would also like to thank Rich, the chef for his amazing breakfast. His cookies are the best.

Also Gabrielle you are a little to old to be making Valentines day Photo albums. Leave that to the young girls your man cheats on you with. Don’t believe me, I took a picture of the picture.

FYI your man likes fat asses you might need to get you one. Last but not least. I will send you a picture of the bags your man left in the hotel room I fucked him in. Lol!!

Ladies, if he cheats on his wife, he’ll cheat on you.