Sources tell TMZ Dwyane Wade and Gabrielle Union sent out “save the date” notices for their upcoming wedding in Miami on August 30th.

Dwyane Wade‘s wedding guests better pack flip flops — TMZ has learned, his upcoming nuptials to fiancée Gabrielle Union will take place on the surface of the sun … aka Miami in August … and we have the Save the Date invite pictured below. 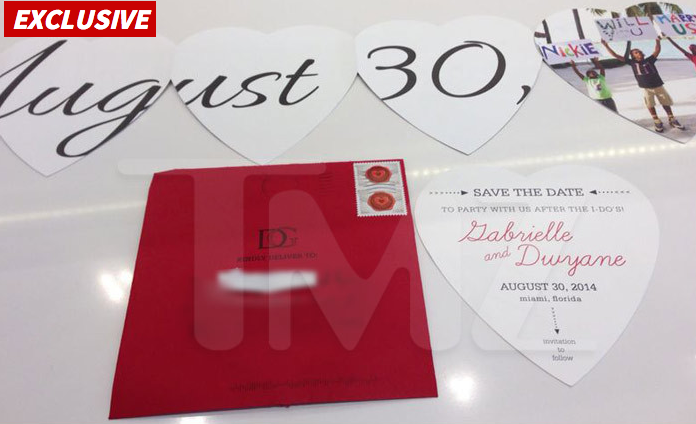 Gabby has told friends marriage is an overrated experience. She believes a wedding isn’t necessary to express Love for one another. Especially if there are no children involved. Smart girl. 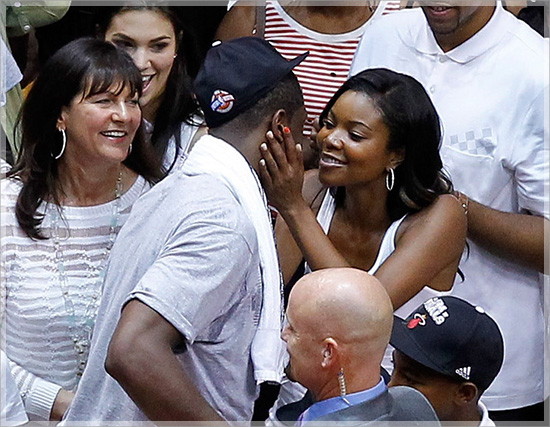 Because his mistress (Not Gabrielle Union – some other I mean chick) is allegedly having his baby!

Sources say that Dwyane Wade has slipped up and got his side chick knocked up. Apparently this news has not only affected D. Wade’s castle but also his skills, which is why he’s been falling short during the past couple of games in the playoffs. Sources also reveal that Gabrielle Union is fully aware of what’s going on, which might explain her behavior in Vegas… She had a lot of “Instagram Straight Flexin’” moments.

The details of who is walking around with a fertilized D. Wade seed have not been revealed. Obviously neither D. Wade nor Gabby is excited about the situation and would love to “opt out” but…unfortunately, it’s not up to them.

Is this why the Miami Heat are down 3 games to 2 in the NBA finals against the San Antonio Spurs? Only time will tell, while the truth prevail.