Brown was found by her husband, Nick Gordon, and another man in the bathroom of her home in the Ellard subdivision Saturday morning. Gordon immediately started CPR until paramedics arrived on the scene and started emergency resuscitation measures.

ABC reports Brown was transported, still unresponsive, to North Fulton hospital where she is on a mechanical ventilator (breathing machine) in intensive care.

‘Unresponsive’ in medical terms means a person is not alert and does not respond to verbal or tactile (touch) stimulation, or a person whose vital signs and brain activity are not within normal range to sustain life.

A hospital spokesperson told ABC News that no details on Brown’s condition could be released.

Bobbi’s mother, Whitney, was found drowned in a bathtub at the Beverly Hilton Hotel on February 11, 2012. The coroner ruled Whitney’s death an accidental drowning. Drugs were found in her system.

This story is simply unbelievable!

Carter-Brooks wrote. has been bombarded online following her marriage to Johnathan Brooks in Ripley, Tennessee last month, with some commentators arguing she should be reported to child protection services.

The dress – which is believed to be part of Vera Wang’s diffusion line, White by Vera Wang, costing anywhere from around $400 to $1400 – appears to have been altered to allow for the child to fit into the train of the dress.

The bride’s online posts maintained that her daughter was in no imminent danger.

‘Our 1 month old was awake and well secured on my train,’ ‘Most important while y’all got ya feelings in us we had our hearts in Christ which covers all!! Carter-Brooks wrote. 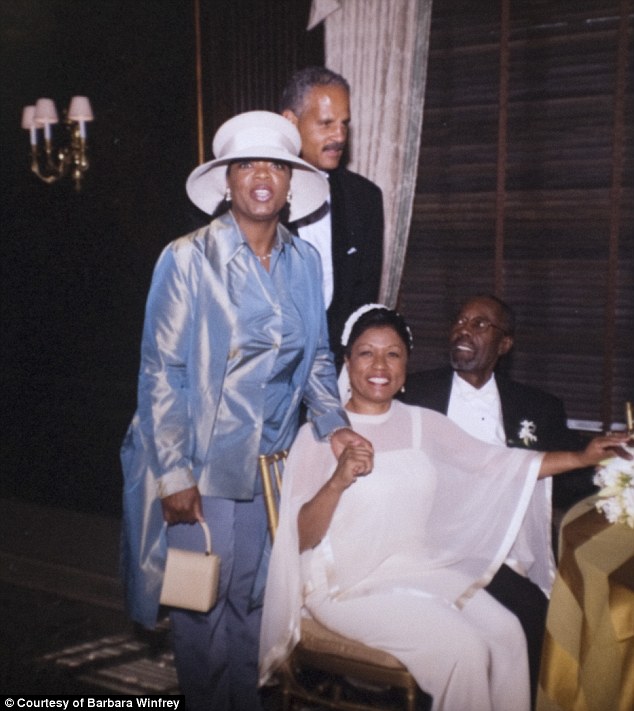 Barbara Winfrey was married to Oprah Winfrey’s father, Vernon Winfrey for 14 years and after 14 years of marriage and Vernon cheating on Barbara with a known prostitute name “one tooth” the couple both filed for divorce. Unbeknownst to Barbara, Vernon complained to Oprah and Stedman how he was unhappy in his marriage.

Now Barbara is telling all in the media of how Oprah never like her; dealt with her from a distance, Oprah’s loveless relationship with Stedman Graham, her controlling and unhealthy friendship with best friend Gayle King and how Oprah’s brand is caring, giving and compassion, while she is privately; the complete opposite. Barbara states that all of Oprah’s relationships are secured with Confidentiality Agreements, based on Oprah’s terms of control.

Barbara’s gripe is, she’s now being evicted from the home she shared with Vernon Winfrey although Vernon moved out of the home before filing for divorce and Oprah’s name is on the deed to the home because it was gifted to Barbara and Oprah’s father after they married. The home Barbara shared with Vernon was purchased by Oprah’s Company, Overground Railroad LLC. So in all actuality, it was a gift in the meantime and as long as Barbara and Oprah’s father Vernon, remained husband and wife. 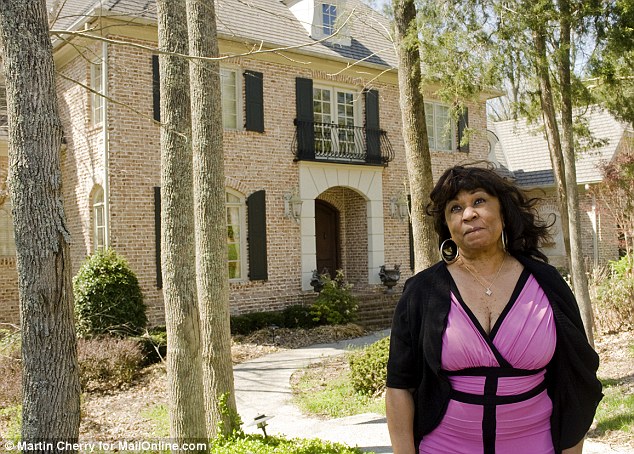 Oprah has since purchased another home for her father and has evicted Barbara (pictured here), giving her until May 29th to vacate the premises. Barbara is devastated because this was a home she thought was theirs.

It’s a real sob story on Barbara’s part however, Oprah is a business woman by right and a billionaire by design and I don’t blame her one bit for protecting every aspect of her relationships because where money is involved everyone has a motive.

Alec Baldwin lied on a woman (his down low mistress) by filing charges against her as his alleged stalker, all because he was sleeping with her at the same time he proposed to another woman who is now his wife.

“He was screwing two women at the same time. One of them is his present wife and the other one, I presume, he was doing the girl in question.” “To sidestep any involvement with (Sabourin), he made up a report of stalking,” said Bregman, who called the move “pretty stupid.”

Bregman was referring to Baldwin’s wife, Hilaria, and the alleged stalker.

Baldwin, who got teary-eyed on the stand as he denied seducing Sabourin, insisted she had been Bregman’s longtime mistress. He testified that Bregman introduced her to him in 2002 at a lunch in Montreal.

Bregman laughed at the notion of “having an affair with a woman that’s considerably younger” and said they noshed with another woman.

Bregman’s takedown of Baldwin came after Sabourin turned day one of her trial into a circus by heckling the actor while he testified and going after Hilaria as well. Sabourin yelled out of turn in the courtroom by consistently calling Baldwin a LIAR!

Apparently Baldwin was screwing Sabourin and his current wife Hilaria at the same time. It will be just a matter of time before he cheats on Hilaria if he isn’t already.

A woman fired shots on Capital Hill a few minutes ago. The woman has been detained and the child in the car with her taken into custody. There is one injured police officer and the scene is chaotic!