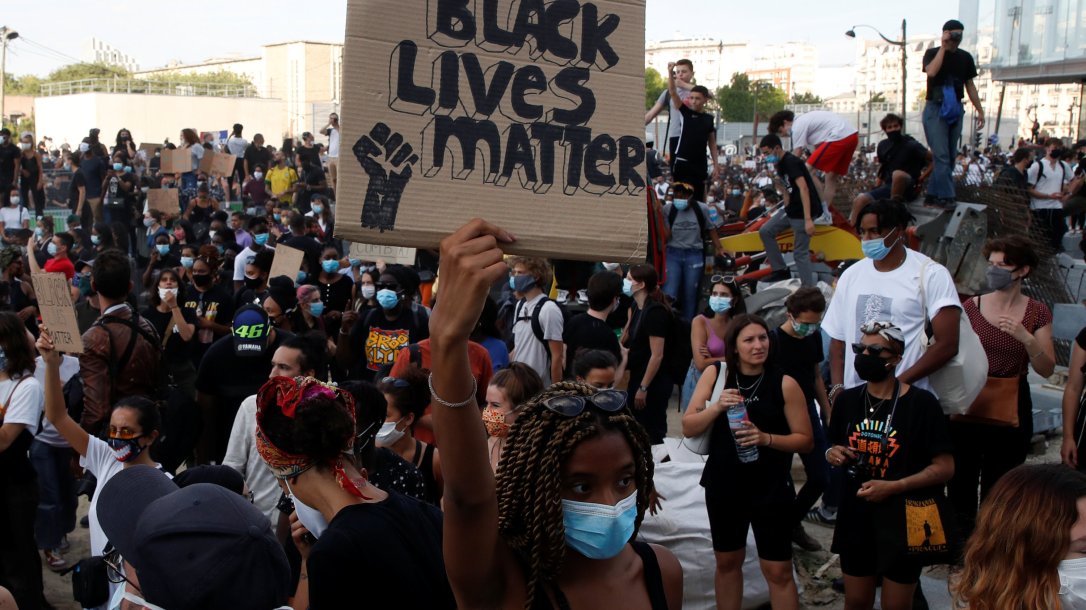 Before the death of George Floyd, America had perfected the art of demonizing and justifying the killing of black men. It’s the color of the skin and the place where they reserve the right to police you and your presence.

Ahmad Arbury was jogging while black when he was murdered by two self-proclaimed racist supposedly making a citizen’s arrest. They claimed he was trespassing and looked like a burglar seen in the neighborhood recently.

Black men are viewed as angry, aggressive, violent and dangerous, they are seen as a threat to society here in AmeriaKKa in more ways than one. The black man is haunted and killed with no reasonable resolve except murder.

It’s systematic racism, the stories are all the same, hyped up to demonize the black man, to justify his killing.

So just like the sixties, we now protest and March, while they murder and we repeat….As another black man, Rayshard Brooks was killed by a cop in Atlanta last weekend.

Join the conversation at 6:30 p.m. EST for this week’s topic “Murder, Protest, Murder, then Repeat” on “Conversations Of A Sistah“

An Army veteran from Mississippi (pictured left),  has been charged with murder.

Terrelle Johnson, 29, is accused of brutally murdering and beheading his mother Sherry Johnson (pictured right), a 51-year-old high school guidance counselor and dumping her head and body in their backyard, where her remains were discovered on June 6.

Stone County Sheriff’s Capt. Ray Boggs said Terrelle had been telling his aunts and uncles, who were concerned for Sherry’s well-being after not hearing from her for several days, that she had gone one a cruise.

Deputies who were asked to check on Sherry found her mutilated body outside her home near Wiggins on June 6.

Stone County Coroner Wayne Flurry says the remains had been there several days.

Sherry had worked at Hattiesburg High School as a counselor since 2014.

During Wednesday’s court hearing, Capt Boggs described how he arrived at a brick home on Johnson Road in Stone County, Mississippi to perform the welfare check and found Terrelle sitting on the front porch, reported The Sun Herald.

When asked about his mother’s whereabouts, the 29-year-old reportedly said that she had gone somewhere with a friend, but Boggs asked if he could take a look inside the residence.

‘When I entered the bedroom, I immediately noticed blood everywhere,’ Boggs told the court.

He said there was blood spatter on the bed, the floor and even the walls, but there was no sign of Sherry.

Boggs then went into the backyard and came upon the woman’s headless body. Her head was located 15 feet away.

During a videotaped interview with investigators, Terrelle reportedly confessed to killing his mother during a heated argument over credit cards, which he said got out of hand.

The son told officials that he beat up the 51-year-old woman, choked her until she stopped breathing, then sawed off her head using a butter knife then used his bare hands and teeth to rip off her head.

The 29-year-old explained that he disposed of the remains outside so the house would not smell bad.

Johnson appeared at yesterday’s hearing dressed in an orange jumpsuit. He sat with his head down and did not speak during the proceedings, but on his way inside the courthouse he yelled out, ‘I done it’ and ‘I plead guilty.’ 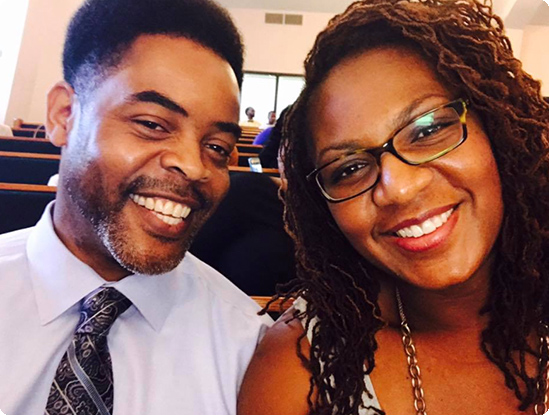 The boyfriend of a popular UNC professor has been charged with her murder. 45-year-old Donny Lewis Franklin was taken into custody on Tuesday and charged with murdering 35-year-old Jeannine Shante Skinner (both pictured above).

Skinner was an esteemed University of North Carolina professor. Her battered body was discovered in her apartment over the weekend, according to the Charlotte Observer.

Police say Franklin has a history of domestic violence and domestic arrests and he plead guilty to a misdemeanor account of assaulting a woman in 2003.

Friends say Franklin and Skinner’s relationship was “relatively new”. They dated for less than two months and went to church together on Sunday.

Her body was found inside her Ayrsley Town Center apartment after the police conducted a wellness check on her just before noon Friday.

The cause of death was not made public, but police say Skinner suffered blunt force trauma to her body.

He also was acquitted of two counts of intentional discharge of firearm that endangers safety.

Castile’s death garnered widespread attention — and sparked nationwide protests over the use of force by police — after his girlfriend broadcast the shooting’s aftermath on Facebook Live.

Several members of the Castile family screamed profanities and cried after the verdict was announced, despite warnings from the judge that everyone in the courtroom should remain composed.

The families of Castile and Yanez were escorted out of separate courtroom exits. At least 13 officers were present in the small courtroom.

Outside court, Valerie Castile said she was disappointed in the state of Minnesota:

“Because nowhere in the world do you die from being honest and telling the truth “The system continues to fail black people,” she said. “My son loved this city and this city killed my son and the murderer gets away! Are you kidding me right now?”

“We’re not evolving as a civilization, we’re devolving. We’re going back down to 1969. What is it going to take?”

Black lives don’t matter, not here in the united snakes of America.

Officials in St. Anthony, Minn., where Yanez worked as a police officer, said he will not return to the police department from leave after the trial. They said they have decided “the public will be best served if Officer Yanez is no longer a police officer in our city.” 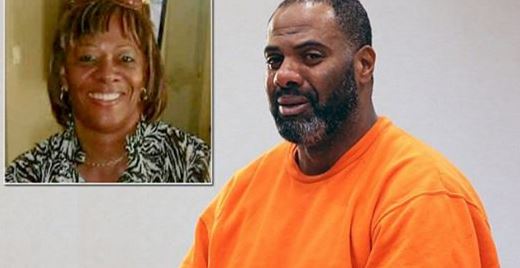 Steve Pratt of Atlantic City, NJ had just served a thirty (30) year prison sentence for killing his neighbor after an argument. He rung the neighbor’s doorbell on October 11, 1984 and shot him dead.

Fast forward, thirty (30) years later and Pratt is now 45 when he is released, and he returned to the Atlantic City neighborhood where his 64-year-old mother resided (pictured inset above). Neighbors said the woman took the bus to work religiously at 6:00 am every morning, never could they have imagined she’d loose her life at the hands of her son, two days after he was released from prison.

On the Sunday morning after Pratt’s release, police found Gwendolyn dead from blunt force trauma to the head. Pratt was charged, and at his initial court appearance, he wept.

“I have failed,” Pratt told the judge, his voice barely audible, the Press of Atlantic City reported. “I don’t want a trial. I’m guilty.”

Lawd have mercy Jesus, this story is sad and heart breaking!

Pratt officially pleaded guilty to manslaughter this week. He is expected to be sentenced to 25 years in prison, according to the Associated Press.