Billionaire Rap artist Jay-Z is stepping in to offer legal support for the Phoenix couple who was held up at gunpoint by officers because their four-year-old daughter allegedly stole a $1 doll – an incident that the chief of police says is ‘unacceptable’. The philanthropic arm of the rapper’s entertainment company Roc Nation has hired a high-powered attorney to join the legal team that is preparing to sue the city of Phoenix for $10million dollars.

Dravon Ames, 22, and Aisha Harper, 24, parents to two young children, filed a notice of claim on Thursday accusing the police officers of committed battery, unlawful imprisonment, false arrest, and infliction of emotional distress. The police are also accused of violating the couple’s civil rights.. A notice of claim is a legal document filed with courts by a party which intends to bring a lawsuit. Phoenix police released a 16-page incident report accusing the couple of stealing other items from the store.

Aisha repeatedly told them that she could not raise her arms because she was holding her baby.

Dravon got out of the car first and was put in handcuffs.

Once Iesha and the children were out of the car, one of the officers approached her aggressively, pointed his finger in her face and yelled: ‘When I tell you to do something, you f****** do it!’ as she held her baby in her arms.

‘I apologized to the family for the interaction and to be honest with you, I’m apologizing to the community too because that is not what should have happened in that circumstance.’

Too little, too late.

You can read the full story here!

A Georgia police officer’s conduct with an emotional 10-year-old boy is drawing scrutiny after the police department released body camera video of an officer restraining the child.

On Friday, officers with the Athens-Clarke County Police Department were called to a home in relation to a domestic violence suspect.

Officers carried out their investigation and placed the suspect under arrest.

While taking the man into custody, police said the boy became emotionally distraught and started running around, begging officers not to arrest his father.

Body camera footage captured by an officer was posted on Facebook.

At first, the boy is seen being restrained by the adults around him while he yelled at officers.

“Back up,” one woman yelled, pulling the boy back. “Who you trying to fight?”

When those attempts to deter the child were unsuccessful, he became more upset and started running around and jumped towards an officer.

The officer is then seen wrestling the child to the ground before forcefully restraining him.

“Calm down, calm down man,” the officer called out.

Within a few minutes, the child settled down and started to apologize.

“Understand,” the officer said. “Yes, sir,” the child replied. “You don’t run up on an officer.”

The boy settled down and officers helped him to his feet and took off the handcuffs.

Officers then escorted the boy to see his father who was in the back of a cop car.

The child asked his father for his phone and said he was going to call someone to bail him out before letting out a cry and patting his father on the head.

“He didn’t do nothing,” he insisted.

The officer allows the boy to approach the patrol car, leading him to the window where his father was seated. The boy takes his father’s phone, letting his dad knows that he’ll call someone who will be able to bail him out.

“Be strong,” the father, who was restrained in the back of the vehicle tells his son, as he leans his head toward the window so his son can pat his head.

The department released the body camera footage after the boy’s family posted their own video to Facebook.

“(Sic) didn’t do anything but was tryna talk to his dad who was in the police car,” Ariel Collins, the boy’s cousin, wrote on her Facebook post.

Police Chief Scott Freeman ordered an internal investigation due to a “juvenile involvement.” 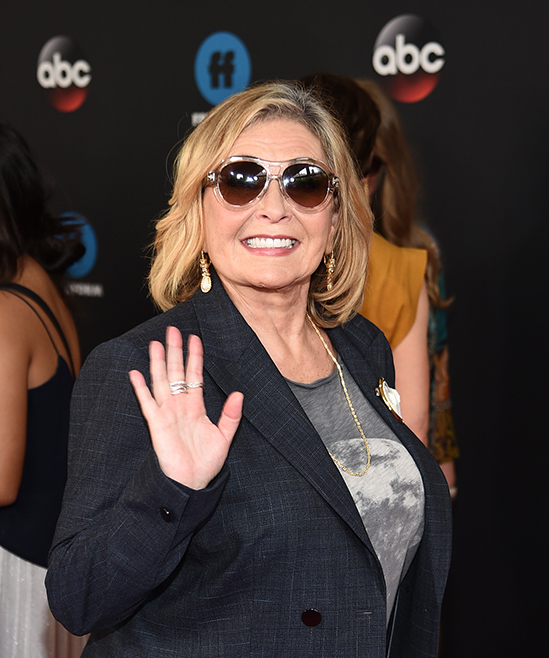 The cancellation announcement came after Roseanne apologized for her offensive tweets and openly lesbian comic Wanda Sykes said she was quitting the show.

“Muslim brotherhood & planet of the apes had a baby=vj,” Barr tweeted, referring to Jarrett, who is mixed race and originally from Iran.

In other tweets Roseanne mentioned Chelsea Clinton and George Soros as Nazi sympathizers.

The revamped Roseanne Show enjoyed high ratings but was short lived as millions of Trump supporters tuned into the show.

I apologize to Valerie Jarrett and to all Americans. I am truly sorry for making a bad joke about her politics and her looks. I should have known better. Forgive me-my joke was in bad taste.

Unfortunately her apology was a little too late.

Join host Tracy L. Bell at 6:30 PM EST on “Conversations Of A Sistah” via Blog Talk Radio for this weeks Conversation “Why is America So Racially charged?” 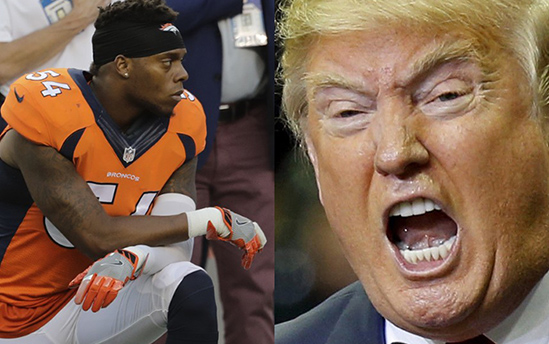 Yes she’s back and she’s back with a vengeance and she’s talking about the one thing that’s hot!! The NFL Boycott.

NFL players reacted with rage when President Trump told NFL bosses to fire players who protest and disrespect the American flag during games.

The president mocked the player protests and he told football fans to walk out of the stadiums if they see players take a knee during the national anthem.

“When people like yourselves turn on television and you see those people taking the knee when they are playing our great national anthem – the only thing you could do better is if you see it, even if it’s one player, leave the stadium,” Trump said. “I guarantee things will stop.”

He also was acquitted of two counts of intentional discharge of firearm that endangers safety.

Castile’s death garnered widespread attention — and sparked nationwide protests over the use of force by police — after his girlfriend broadcast the shooting’s aftermath on Facebook Live.

Several members of the Castile family screamed profanities and cried after the verdict was announced, despite warnings from the judge that everyone in the courtroom should remain composed.

The families of Castile and Yanez were escorted out of separate courtroom exits. At least 13 officers were present in the small courtroom.

Outside court, Valerie Castile said she was disappointed in the state of Minnesota:

“Because nowhere in the world do you die from being honest and telling the truth “The system continues to fail black people,” she said. “My son loved this city and this city killed my son and the murderer gets away! Are you kidding me right now?”

“We’re not evolving as a civilization, we’re devolving. We’re going back down to 1969. What is it going to take?”

Black lives don’t matter, not here in the united snakes of America.

Officials in St. Anthony, Minn., where Yanez worked as a police officer, said he will not return to the police department from leave after the trial. They said they have decided “the public will be best served if Officer Yanez is no longer a police officer in our city.”