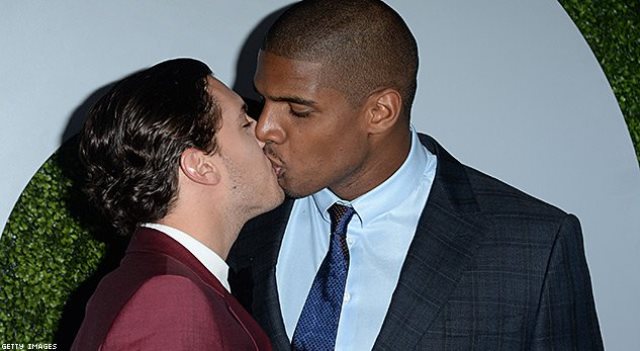 Imagine that? Being Black and homosexual but also being black and discriminated against!

Michael Sams was proud to be the first openly gay football player drafted to the NFL. I never believed Sams was serious about football in the first place, because it was like he was “gay first” and made the game secondary.

Well now Sams is speaking out and complaining that there’s racism in the Gay community. Sam, 27 told Attitude Magazine:

“I will say this, since I came out, I did not realize how much racism there actually is in the gay community” “It’s terrible.

“You want to be accepted by other people but you don’t even accept someone just because of the color of their skin? I just don’t understand that at all. How are you saying that, ‘oh, I want people to accept me because I’m gay but I don’t accept you because you’re black, or because you’re white or because you’re Asian’.”

Personally I think he’s trying to make a name for himself instead of focusing on his career and the thrill of the game.