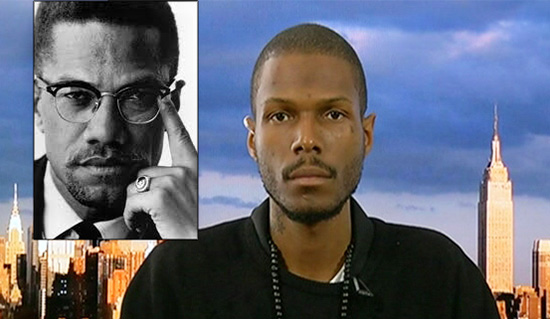 Malcolm Shabazz, the troubled grandson of civil rights icon Malcolm X, has been killed in Mexico, the U.S. Embassy there confirms.

The Amsterdam News reports that Shabazz, 28, was thrown off a rooftop after being shot during an attempted robbery on Thursday, May 9.

Shabazz was the son of Qubilah Shabazz, the second daughter of Malcolm X and Betty Shabazz. He was 12 years old in 1997 when he torched Betty Shabazz’s New York apartment, killing her.

Shabazz pled guilty to arson and was sentenced to 18 months in a juvenile detention center. Shabazz’s sentence was extended due to discipline problems and he was released four years later.

Shabazz later claimed he didn’t set the fire that killed his grandmother.

At the time of his death Shabazz was studying Criminal Justice at John Jay College in New York. It isn’t known why Shabazz was in Mexico. He leaves behind 2 daughters.