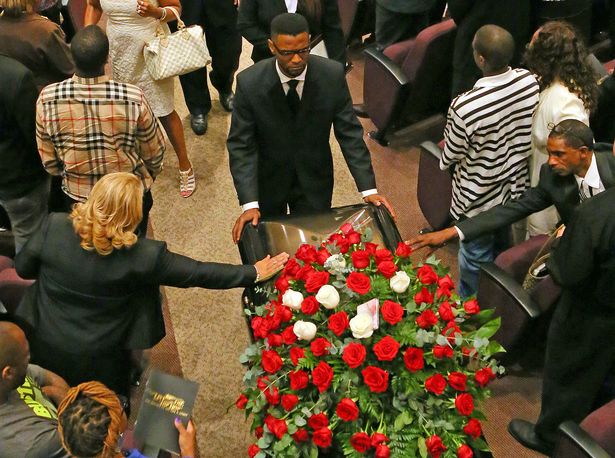 Mourners reach out to touch the coffin of James Christopher Kelly as it is wheeled out of the Jackson Memorial Baptist Church in a recessional at the end of his funeral service on Thursday May 9, 2013, in Atlanta.

Kelly died on May 1st at a hospital after collapsing in his home from a cocaine and heroine binge the night before. A toxicology report concluding the rappers cause of death is pending.

Former Kris Kross member Chris Smith and his sister Jennifer Smith (pictured above), begin to weep while speaking at the funeral of Chris Kelly. Smith and Kelly rose to fame after being discovered by Jermaine Dupri at a mall in Atlanta. The group was famous for their signature clothes being worn backwards style and their biggest hit “Jump-Jump”.

Another artist on Durpi’s record label attended the services, rapper Da Brat, pictured here, with her pants worn backwards in honor of Kelly. Chris and Da Brat performed in February marking Jermaine Dupri’s record label’s twentieth anniversary celebration. Does Da Brat look like she’s going to a cook-out or is it just me? 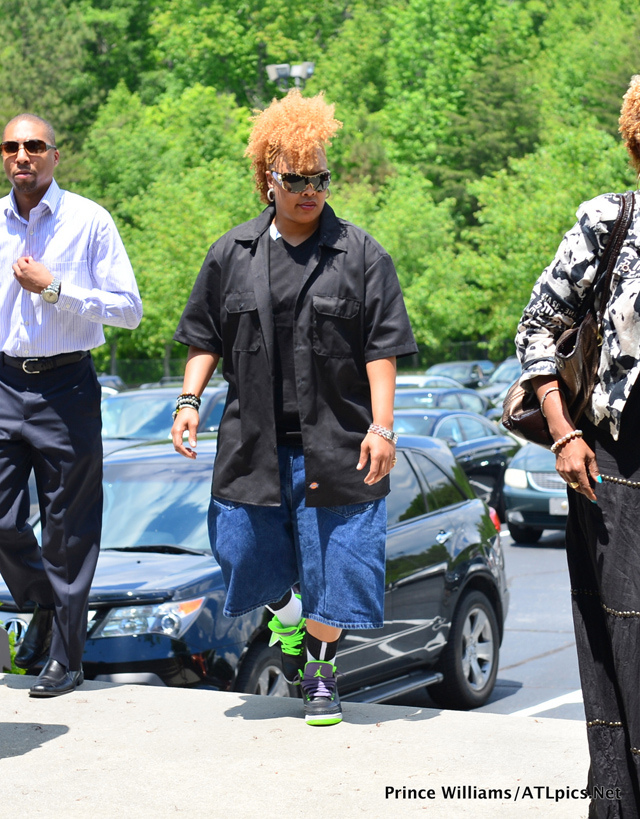 Jermaine Dupri (pictured below) who was of course also in attendance and wearing his jeans backwards in honor of Kelly said “Chris Kelly was like the son he never had“. Dupri was just as shocked to hear of Kelly’s death. Guess he had no clue of what his artist son was into.