When news of Whitney Houston’s tragic death was announced on Feb. 11, everyone’s thoughts were with her daughter, Bobbi Kristina Brown, 19. Few people knew she had a so-called “adopted son,” named Nick Gordon. Later we learned that Whitney took Nick in when he was 11-years-old, but she never formally adopted him.

Now we find out that sometime after Nick moved into Whitney’s home, he started getting real intimate with her daughter. Bobbi K. and since Whitney’s death, Bobbi K. and Nick were spotted kissing and holding hands together last Friday outside of a Target store in Johns Creek, Georgia, according to Hollywoodlife.com. 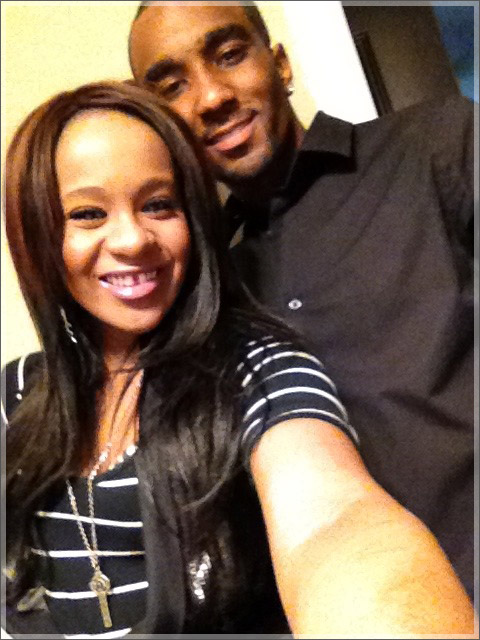 And last night, Nick updated his Twitter page to let everyone know: “Yea we got a little closer and what!!!” He also posted a new pic of himself and Bobbi Kristina together. This is the same dude who was reportedly being evicted from Whitney’s home. I guess that’s not happening now.

After Whitney passed away, a loyal reader emailed me photos of Nick Gordon taken from Bobbi K.’s Twitter account.

Whitney never spoke of having an adopted son, and him (Nick) and Bobbi K. look nothing like they are just siblings to me.