Police fatally shot a North Carolina man they claim was armed — but a woman who said she was his daughter cried out on Facebook Live that he didn’t have a gun, triggering riotous protests that stretched out into the streets of Charlotte during pre-dawn hours of the morning.

As always, Charlotte police said Keith Lamont, 43 posed as an imminent threat when they tried to serve him with a warrant and he exited his vehicle with a gun. Lamont’s daughter took to her Facebook page to recant the cops claims that her father was armed. 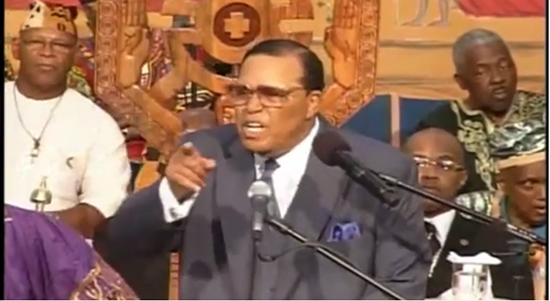 Farakhan spoke with disdain in his voice about Obama’s self-serving speech at the Congressional Black Caucus gala, where Obama said his presidential “legacy” was in jeopardy if black people didn’t vote for Hillary Clinton.

“I just want to tell you, Mr. President, you’re from Chicago, and so am I,” said Minister Farrakhan during a service at Union Temple Baptist Church in Washington, D.C. on Sunday.

“I go out in the street with the people… I visited the worst neighborhoods… I talked to the gangs. They said, ‘you know, Farrakhan, the president ain’t never come… could you get him to come and look after us?’”

“There’s your legacy, Mr. President… it’s in the streets with your suffering people, Mrs. President. And if you can’t go and see about them, then don’t worry about your legacy… ’cause the white people that you serve so well… they’ll preserve your legacy — the hell they will — but you didn’t earn your legacy with us!

“You didn’t earn your legacy with Black people. You fought for the rights of gay people… You fight for Israel… Your people are suffering and dying in the streets!”

Watch the video below or click here to go directly to Farrakhan’s comments about Obama, which begins at the 1:55:40 mark. The video is 2 hours long.