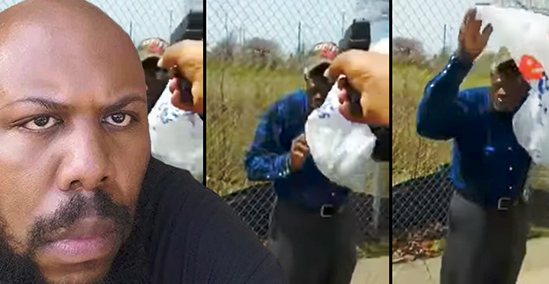 Steve Stephens, the man dubbed the “Facebook Killer”, is dead. Stephens’s car was spotted in Pennsylvania by a state police officer. He reportedly killed himself in his vehicle after a brief police chase.

According to Cleveland Police Chief Calvin Williams said Pennsylvania state police received a tip that the white Ford Fusion Stephens was driving was spotted in a McDonald’s parking lot.

The police spotted the vehicle leaving the parking lot and made a traffic stop about 11:20 a.m. When police approached the vehicle, Stephens shot himself. He was pronounced dead at the scene.

The 37-year-old former social worker was spotted less than 2 hours away from Cleveland, where he shot an elderly man in cold blood.

Stephens uploaded a video of himself killing Robert Godwin, Sr. on Easter Sunday.

A $50,000 reward had been offered for tips leading to his arrest.