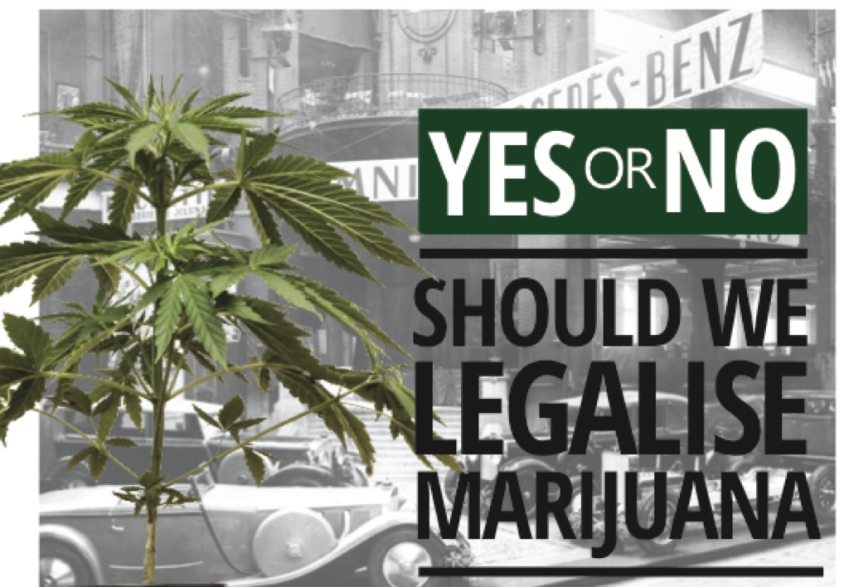 Some people are all for the legalization of marijuana for medicinal purposes, while others just want the freedom of getting high in public. Marijuana is legal in some states and offenders who were jailed at some point were exonerated due to this change in the law. But what will be the moral consequences be if marijuana becomes legal in every state?

Legalized marijuana or weed for recreational use is already existent in several states in the US, including Colorado and Washington, where voters passed ballot initiatives and may not have even realized it. As expected, weed is considered as a dangerous drug, the move has raised plenty of questions and has become a hot topic in debates.

However the question is still debated……is this a wise or wrong move?

Tune into “Conversations Of A Sistah” at 6:30 p.m. EST. on blog talk radio for Tracy L. Bell’s commentary on “The Pros & Cons” of legalizing marijuana.

You know that woman who does absolutely nothing for the project, but still receives a good grade for all of the hard work the other person puts in? Yeah well That’s a side chick. Reaping the benefits of a relationship without actually putting in the work for it. And that’s why side chicks are becoming such a big deal. This generation of women would much rather take the easy route out, instead of settling down and sticking it out in a functional, serious relationship.

Some may argue that being a side chick isn’t a very attractive option, and that women take the back seat to the main woman in a man’s life. But in this case, it’s all about perspective. While some may see it as coming second, some women see it as coming first without ever having to run the race. Some women feel as if they’ve already paid the price of being in the “main woman” seat for many years, therefore content with having the new “side chick” status.

Nine times out of 10, the side chick knows of the man’s current relationship status. And more often than not, she is the shoulder to cry on, the therapist he confides in when he is having relationship issues. One of the most appealing aspects of being a side chick is not having to worry about the arguments. Since the man often comes to the side chick to complain about the issues he’s having in his main relationship, the side chick generally experiences the “good side.”

Tune into “Conversations Of A Sistah” at 6:30 p.m. EST with host Tracy L. Bell on Blog Talk Radio for her commentary “Is it ever OK being content as the side chick?”

It’s a celebration of being single and thoroughly enjoying it, therefore many women are jumping on the “I me wed” and choosing to marry themselves? Women are tiried of listening to or even believing whatever society’s messages are about being happily married. Women no longer believe they are not enough if they are not with someone else.

The notion of marrying oneself entered popular consciousness in the 2003 episode of Sex and the City in which Carrie Bradshaw, its protagonist, announced she was fed up with forking out money to celebrate her friends’ life choices, but never her own.

Join Author, Blogger and Host, Tracy L. Bell at 6:30 p.m EST on the next “Conversations Of A Sistah” for her commentary on “Why are more women choosing to marry themselves?”

Hope we’ll meet you on the air!!

Although there is “No Live Show” tonight you can keep the conversation going regarding today’s event, one being the passing of Charlie Murphy. The news of his passing broke my heart. His memory will be forever etched with laughter, for he was one of a kind.

Tune in next week, for our special guest R&B crooner Freddie Jackson. See you all then, have a wonderful week and an awesome holiday weekend.

Fears of heightened bigotry and hate crimes have turned into reality for some Americans after Donald Trump’s presidential win on Tuesday November 8th. And the list of incidents keeps growing.

According to the Southern Poverty Law Center, they’ve counted more than 300 cases of hateful harassment or intimidation in the U.S. since Election Day. “They’ve been everywhere — in schools, in places of business, in stores like Walmart and on the street,” SPLC President Richard Cohen said Monday.

While Trump has been accused of fostering xenophobia, hate, racism and Islamophobia, some people have used his words as justification to carry out hateful crimes. In recent days we have witnessed ugly episodes of racist or anti-Semitic pro-Trump graffiti along with threats or attacks against Muslims.

Join me tonight at 6:30 p.m. EST on “Conversations Of A Sistah” via blog talk radio with my special guest, who is no stranger to this blog, Republican Commissioner of the Passaic County Board of Elections, Mike Ramaglia (pictured left), as we discuss racism and its role in this election.

All “Conversation links” in this email make it possible to access the show.

In the meantime, sound off here and meet me on the air.