“There is no growing crime wave” is what he said.

But the president appears to be in denial over the unprecedented spike in violent crimes during his two terms as president. In an op-ed published in the Harvard Law Review, Obama refused to take credit for a 10.8 percent increase in murders from 2014 to 2015 — the largest increase in a single year since 1971.

In his Harvard Law Review op-ed, Obama claimed crime “remains near historic lows,” and he was adamant that there “is no growing crime wave”.

The president, who has 11 days left in office, took pride in using his “clemency power” to pardon hundreds of hardened criminals back onto the streets — more than any president in history.

Obama bragged that he will be “the first President in decades to leave office with a federal prison population lower than when I took office.”

In an interview with a Chicago CBS News affiliate, the president blamed social media for providing a platform to broadcast high profile crimes, such as the one involving a white man who was tortured for hours by 4 young black people.

A Gofundme page set up for the victim, who is autistic, has collected over $129,000.

President Barack Obama welcomed his successor, Donald J. Trump, to the White House this morning extending an olive branch to a man he has blasted as unfit to serve.

Trump and the first lady in waiting, Melania Trump, departed from LaGuardia airport in New York at 9.36 a.m. on their way to Washington, DC, this morning on his personal aircraft, a Boeing 757, emblazoned with his name.

They arrived at Ronald Reagan National Airport just after 10.30 a.m. The future first couple entered the building via a back entrance through the South Lawn that is inaccessible to media. Today’s meeting lasted an hour and half.

President Elect Donald J. Trump sat looking poised, humble and in a state of shock as President Obama detailed their meeting in briefing the media. Trump admitted that he will need to call on President Obama for advisement and shared how the meeting could’ve lasted longer.

Trump described sitting President, Barack Obama as a ‘very good’ man when it was finished as a pack of reporters hurled questions, when President Obama said “No questions will be asked at this time”.

President Obama made a brief statement about the senseless shooting deaths of 2 black males by cops.

In a statement released on Thursday, Obama said he was “encouraged” that his justice department opened an investigation into the death of Alton Sterling.

The 37-year-old father-of-5 was selling CDs outside a Baton Rouge convenience store when he was killed by 2 cops early Wednesday.

Obama also mentioned 32-year-old Philando Castile, a Minnesota cafeteria worker who was shot to death on Wednesday by a milquetoast cop during a routine traffic stop.

“We’ve seen such tragedies far too many times, and our hearts go out to the families and communities who’ve suffered such a painful loss,” Obama said in his statement.

Obama took care to praise the thousands of men and women in law enforcement who risk their lives to protect the public.

“To admit we’ve got a serious problem in no way contradicts our respect and appreciation for the vast majority of police officers who put their lives on the line to protect us every single day,” Obama said. “It is to say that, as a nation, we can and must do better to institute the best practices that reduce the appearance or reality of racial bias in law enforcement.”

It’s no secret that more black men have been killed under Barack Obama’s presidency than ever before. The uprising and death of African Americans, both men and women at the hands of police have been prevalent in recent years.

The latest victim of causality is Freddie Gray, a Baltimore, Maryland native who was killed this month while in police custody.

Gray was hauled into a police van with a broken spine but exited with a broken spine and severed voice box. It is widely speculated that Gray had several injuries, of which details are being withheld; due to the current tension and violent rioting going on since he was laid to rest. 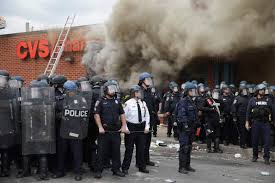 But Freddie Gray is just one black man amongst many who have been killed by police.

Last year alone there was the killing of Michael Brown Akai Gurley, Kajieme Powell, Tyree Woodson, Jonathan Ferrelle, Ezelle Ford, John Crawford, Tamir Rice and Eric Garner. The list goes on with many to name but is president Barack Obama really to blame?

Did people of color really expect to receive justice for all and equal share, just because a black man took up residence in the white house?

Join me tonight at 6:30 p.m. on “Conversations Of A Sistah” as we discuss these questions and the recent upset in Baltimore, Maryland.

When you open the link, this Conversation remains, due to this hot topic, the show’s topic was changed!

Selma “50” or bloody Sunday as it is also known, heralds those brave men and women who fought for Civil Rights in the 1960’s, when they were met by police who used clubs, tear gas and water hose to attack those Civil Rights Demonstrators on March 7, 1965. The event is considered a watershed moment in the civil rights movement and it helped lead to the passage of the Voting Rights Act.

This past weekend, the occasion was commemorated with a march led by President Barack Obama across the “Edmund Pettus Bridge”, which is named (by the way) after a KKK Grand Wizard.

“In one afternoon 50 years ago, so much of our turbulent history — the stain of slavery and anguish of civil war; the yoke of segregation and tyranny of Jim Crow; the death of four little girls in Birmingham, and the dream of a Baptist preacher — met on this bridge,” Obama stated.

The conversation piece is also about why former President George W. Bush, was not marching (in this photo) next to President Barack Obama?

Join me tonight at 6:30 p.m. on “Conversations Of A Sistah” via BlogTalkRadio.com for my special guest, Ashley S. Mason (pictured here), Director of Selma-Dallas Tourism, as we discuss “Selma 50” and the events that took place in her city to commemorate the anniversary.

All “Conversation links“ in this email make it possible to access tonight’s show.