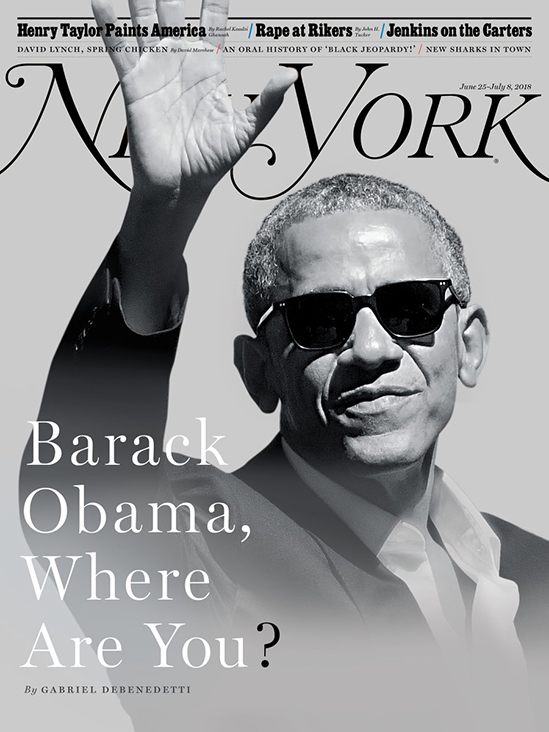 Tensions are still escalating at the border, and former President Barack Obama is noticeably missing from the political circus. The Democrats are quietly complaining that Obama hasn’t done anything for them lately.

In an in-depth article by NY magazine, the writer details the hand-wringing and increasing anxiety among Democratic Party members who are desperate for leadership going into the 2018 midterm elections.

As one leading Democratic operative put it: “If [Obama] were willing to go way over the line and get arrested, or something way out there, that would be a galvanizing event.”

According to NY mag, Obama is modeling his post-presidential life after former President George W. Bush, by staying out of sight.

These days, Obama is focused on three things: saving his legacy, writing his memoirs, and raising cash for his Obama Foundation and his presidential center and museum in Chicago. All three of those things involve himself.

The Dems are looking for Obama to lead them into the midterms elections however Obama is obviously laying low and focused on his own agenda.

Police have closed their investigation into the drug overdose death of a male prostitute at the West Hollywood home of a high-profile donor to the Democratic Party.

Gemmel Moore, 26 (pictured inset), was found dead on July 27 at the home of Edward Buck, a wealthy donor to the California and Los Angeles County Democratic Party, according to the WeHo Times.

But Moore’s family believes his death is no accident.

Moore’s mother, LaTisha Nixon, told the WeHo Times that her son made a living as a sex worker in the past few years. She said she believes Buck liked giving black males intravenous drugs and watching their reactions.

Nixon said investigators told her no drugs or drug paraphernalia was found in Buck’s home.

But an unidentified source who also turned tricks for Buck told the WeHo Times that Buck often provided him with drugs.

The source said Buck seemed to “get off on getting you higher and higher.”

Nixon described a late night phone call from her son who sounded panicked.

“He called me crying. Three minutes on the phone hollering and I’m like ‘What the hell is going on?’”

“He said ‘This man, he shot me up with something I don’t even know what it is,’ and I’m like, my son is having a breakdown or episode. But he sent me pictures of his arm, his arm was red.”

Nixon said her son returned home to her after the incident.

“Yes, my son was an adult and didn’t live a fairy tale perfect life, but he didn’t deserve to die this way,” she said.

Buck, who also served as a West Hollywood councilman, earned his millions pioneering computer technology, according to the Daily Mail UK.

He dropped by the “Conversations Of A Sistah” studio on June 4, 2014 as we discussed, “People’s Passion For Politics”

Mike Ramaglia returns to “Conversations Of A Sistah” this Wednesday to discuss the seat he intends to win as the Republican Mayoral candidate in his hometown of West Milford, New Jersey.

Ramaglia is young, talented, brilliant and qualified! He has been involved in various aspects of politics for the past 17 years. In 2007 he founded the Passaic County Young Republicans and in 2009 was elected Councilman. Mike has been instrumental in local campaigns within his borough since 2005. During his tenure he obtained a new police vehicle for the township in which he served.

Mr. Ramaglia has been extremely instrumental with implementing safety procedures while serving on several boards in his district such as; the Economic Development Committee and the Citizen Against Substance Abuse. 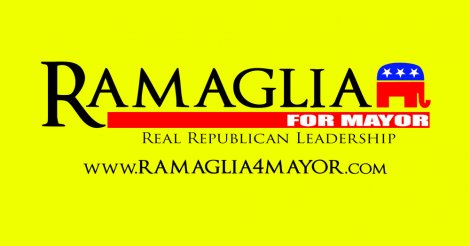 Join the conversation on “Conversations Of A Sistah” Wednesday May 20, 2015 at 6:30 p.m. as we discuss Mike’s vision for West Milford and what inspired his candidacy.

See you all on the air but something tells me, you’ll sound off here!

So tune in tonight as I discuss “Will the Republicans win the Senate in 2014?”.

In a year when Republicans have been able to harness economic anxiety to their distinct advantage, the upcoming Senate election is crucial this year. It is increasingly clear that states such as, Colorado, Georgia, Iowa, Kansas and North Carolina will be the most crucial in determining which party controls the Senate.

According to CNN, nearly 7 in 10 Americans are angry at the direction the country is headed and 53% of Americans disapprove of President Barack Obama’s job performance and a dysfunctional Washington, two troubling signs for Democrats one week before the midterm elections.

Democrats are battling to try and save the Senate majority, while hoping to prevent more losses in the House, which the GOP controls by a 234 to 201 margin. Yet several state polls in the past month of contested races show that Democrats are in danger of losing control of the majority.

In the meantime, the GOP’s plan and position has been to block the vote. To discourage minorities from voting in those southern states where democratic president Barack Obama won big in 2008 and in 2012.

What’s your opinion, will the GOP control the Senate?

Sound off here and I’ll see you on the air!

And I must admit, the New Jersey Governor is slimming down nicely.

Trying to display a softer and cooler side, Christie took to the stage with some funny dance moves gearing up for a 2016 presidential run.

Fallon made a jab about the Bridgegate scandal in Thursday’s ‘Evolution of Dad Dancing’ skit, and the two discussed a ‘hypothetical’ run against Hillary Clinton in 2016. Christie said he could beat Hilary Clinton in a presidential run. I don’t think so, what do you think?