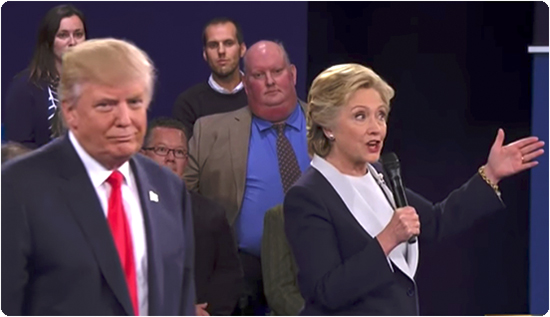 Donald Trump and Hillary Clinton are in a dead heat with just six days left until a major general election, according to a new poll. The candidates are tied, each with 46% of the likely voters, according to the latest ABC News/Washington Post, released Wednesday. Yet neither candidate are discussing real issues, instead they are on the attack criticizing each other; Clinton on Trumps disregard for women and Trump regarding Clinton’s emails and Bill’s indiscretions. The attacks are on each others characters, while some voters are reluctant in casting their vote for either candidate…deciding instead NOT TO VOTE AT ALL !!

All this and other issues – such as Clinton’s use of a private email system in defiance of government rules while she was secretary of state, and Trump’s obsession with responding to slights and criticism – have caused the character of both Clinton and Trump to be called into question day after day.

So in the midst of this public circus, with most American voters turned off by both candidates not focusing on real issues, the question most Americans are struggling with is; “To Vote or NOT to Vote?”

Tune in tonight at 6:30 p.m. EST on “Conversations Of A Sistah” on blog talk radio, with my special guest Dr. Malik Z. Shabazz regarding voter suppression, the negativity surrounding this election and does the black vote really count? 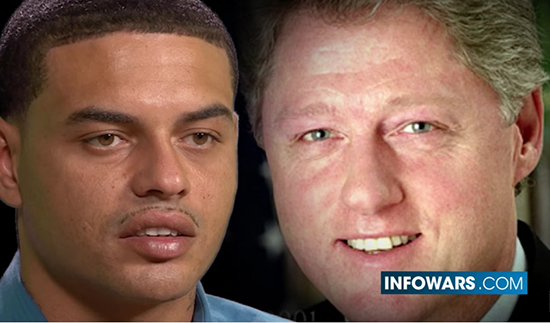 Danney Williams, 21 (pictured here with Bill), appeared on the Alex Jones show, where he repeated his claim that Clinton is his biological father.

Williams lived a hardscrabble life with his mother and siblings in Little Rock, Arkansas. His mother was a prostitute who, Williams alleges, did drugs with a young Bill Clinton.

Eventually, Williams went to live with his aunt when his mother got strung out on drugs and lost custody of him and his siblings.

Williams said Clinton sent Christmas gifts and paid money “under the table” to his mother. He said the gifts stopped when Clinton was elected president.

He recalled a time when his aunt tried to visit Clinton at the Governor’s mansion, but the door was slammed in their faces.

“I’m sure Hillary kept me away,” said Williams.

He said no DNA test was ever taken to confirm paternity, despite reports that a secret DNA test was negative.

And I must admit, the New Jersey Governor is slimming down nicely.

Trying to display a softer and cooler side, Christie took to the stage with some funny dance moves gearing up for a 2016 presidential run.

Fallon made a jab about the Bridgegate scandal in Thursday’s ‘Evolution of Dad Dancing’ skit, and the two discussed a ‘hypothetical’ run against Hillary Clinton in 2016. Christie said he could beat Hilary Clinton in a presidential run. I don’t think so, what do you think? 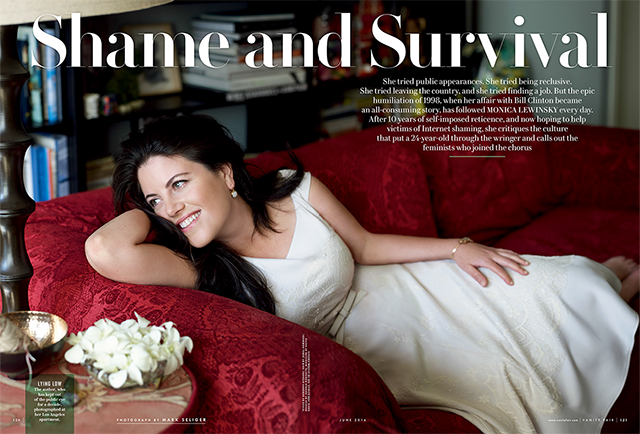 Well….she’s back and running her mouth about her infamous affair with former president Bill Clinton.

Lewinsky said  “It’s time to burn the beret and bury the blue dress.” Guess she’s talking about the blue dress with President Clinton’s semen on it. Ugh!

Anywho…..After 10 years of virtual silence (“So silent, in fact,” she writes, “that the buzz in some circles has been that the Clinton’s must have paid me off; why else would I have refrained from speaking out? I can assure you that nothing could be further from the truth”),

Lewinsky, 40, says it is time to stop “tiptoeing around my past—and other people’s futures.”

“I am determined to have a different ending to my story. I’ve decided, finally, to stick my head above the parapet so that I can take back my narrative and give a purpose to my past. (What this will cost me, I will soon find out.)”

Sounds like Monica knows that if Hillary Clinton is the Democratic front-runner in the 2016 Presidential election, her name along with her affair with the former president will be resurrected from the shallow grave of the past.

Lewinsky said her notoriety for years has hurt her ability to get the kind of job she wants. She said she interviewed for communications jobs but was often told she wasn’t “quite right” for the position, or was courted just to help companies get media attention.

Lewinsky revealed that she was “suicidal” during the height of the Clinton administration scandal, though never actually tried to kill herself. As for why she’s coming forward, she said she wants to “get involved with efforts on behalf of victims of online humiliation and harassment and to start speaking on this topic in public forums.”

You can read Lewinsky’s story in Vanity Fair.