On “Conversation Of A Sistah!

Many are outraged over President Trumps comments regarding immigration and his recent remarks about Haiti and African nations. They feel disrespected and downright insulted, so one conclusion is they’ve chosen to turn off his state of the union address tonight. Some democrats choose not to attend because of the President’s racist rhetoric and blatant disregard for people of color. This is their way of saying “enough is enough!!”

Some people don’t care to hear what this president has to say because he further adds insult to injury with his ignorant remarks and egregious policies.

Most Americans are rejoicing the peaceful transition of power from Democrat to Republican in the United States of America.

President Barack Hussein Obama’s 2nd term officially ends at 11:59 pm today, Jan. 20. But not everyone is taking the transition of power well.

Former Secretary of State Hillary Clinton and former President Bill Clinton arrived on Capitol Hill about an hour before the Trumps and the Obamas. Hillary Clinton had hoped to be there under different circumstances.

When the Trumps arrived at the White House, Mrs. Trump handed Mrs. Obama a large box from Tiffany’s. The new first lady was dressed by Ralph Lauren for the momentous occasion. 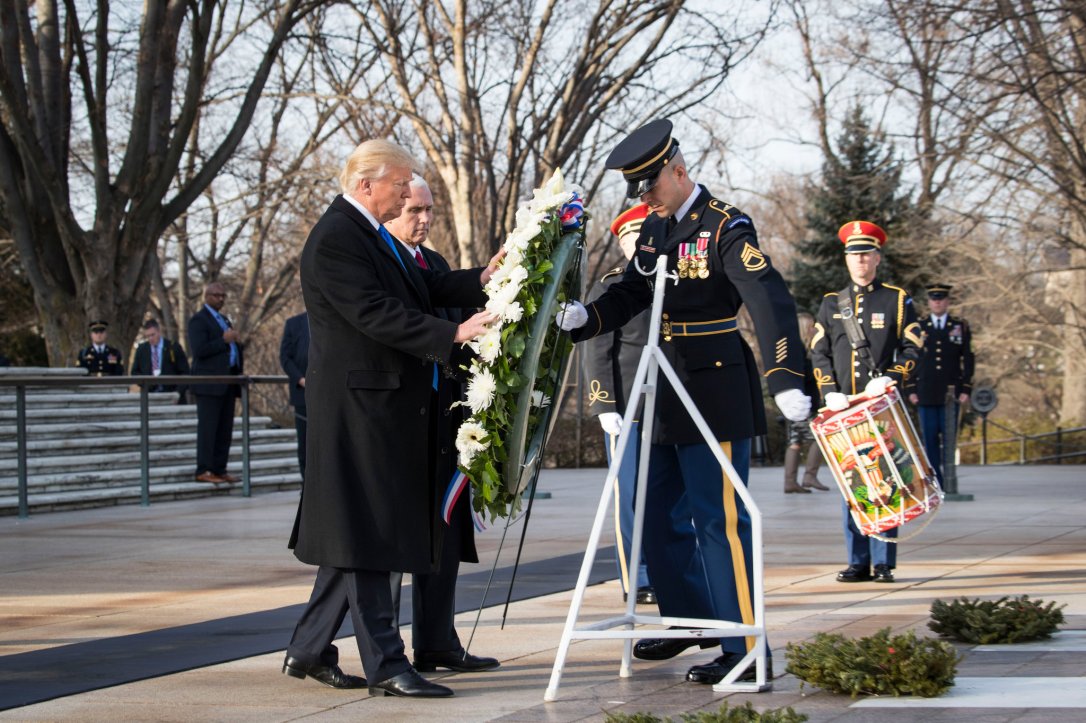 Sworn in on Friday January 20, 2017 in Washington, DC as the 45th president of these United States of America.

With cameras filming his every move, even his airplane, Mr. Trump arrived in Washington a day before he is sworn in, appearing at a luncheon with supporters at the Trump International Hotel, where he praised the collective I.Q. of his cabinet members.

The president-elect and vice president-elect laid a wreath at the Tomb of the Unknowns at Arlington National Cemetery, then it was on to the Lincoln Memorial for the concert that opens the Inaugural festivities.

In the meantime, 63 groups and organizations are registered with permits to march on Washington tomorrow. 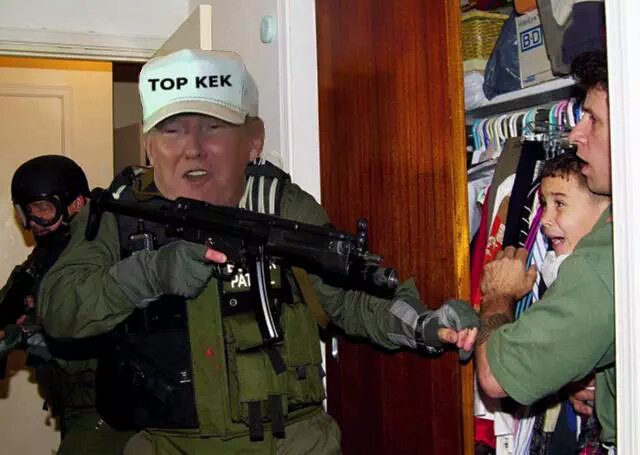 Donald Trump’s election as US President is showing signs of and producing an outpouring of race and hate in America, which mirrors and reflect the language he’s spoken in the past 18 months.

Trump supporters are expressing their hatred in live time, twitter and on social media outlets, telling immigrants they think are illegals to “pack your bags” and “get the fuck out.”

And because Donald Trump has failed to denounce the Ku Klux Klan in late February, he claims to be “the least racist person you have ever met,” and “not having a racist bone in his body.” Despite his denouncement he’s given us alot of reason to believe otherwise. Especially since he’s won the praise of this country’s strongest white supremacist.

Since the Trump win, hate crimes, harassment and killings have been at an all-time high. Immigrants across the country and throughout different states, are scared to death of being targeted or deported.

This in the wake of an Ohio State University student who carried out a knife attack on campus Monday who said in a Facebook post how he was “sick and tired” of seeing fellow Muslims “killed and tortured,” according to federal law enforcement officials.

Americans fear the actions of this one man, who’s been elected to the highest office in the land. And since his win as the next US president, there’s been nothing but hatred, race relation matters and pandemonium.

Tune in tonight at 6:30 p.m. EST on “Conversations Of A Sistah” via blog talk radio for my monologue on this topic.

The “conversation link” in this post accesses the show! ~ See you on the air!