President Donald Trump called former FBI director James Comey an ‘untruthful slime ball’ and ‘a PROVEN LEAKER AND LIAR’ who ‘should be prosecuted’ for putting classified information in view of the media.

James Comey is a proven LEAKER & LIAR. Virtually everyone in Washington thought he should be fired for the terrible job he did-until he was, in fact, fired,’ Trump wrote on Twitter. ‘He leaked CLASSIFIED information, for which he should be prosecuted. He lied to Congress under OATH.

Trump’s extraordinary tweet, an unprecedented moment in American history, came after excerpts from a televised interview were broadcast on national television, with Comey saying it’s ‘possible’ the most salacious detail in the anti-Trump ‘dirty dossier’ is true. Comey said in advance of next week’s high-profile book release that despite having access to the nation’s most sensitive law-enforcement intelligence for years, he still can’t dismiss the possibility that Trump was involved with ‘golden showers‘ a sex act with prostitutes five years ago in Moscow.

The ‘golden showers‘ accusation first came to light in an unproven dossier of opposition-research material paid for by the Democratic Party and the Hillary Clinton campaign and handed to the FBI during the 2016 presidential campaign.

Comey said he never told Trump that his political adversaries had funded the work, but warned him during a ‘really weird’ post-election meeting that the information was circulating at the top levels of the federal government.

‘It was almost an out-of-body experience for me,’ he said. ‘I was floating above myself looking down saying, “You’re sitting here briefing the incoming President of the United States about prostitutes in Moscow”.’

Comey suggested the claim was still unproven but hedged his bets, saying only that ‘when I got fired it was unverified.’ Which is probably why Trump fired him.

He said he never told Trump that he didn’t believe it ‘because I couldn’t say one way or another.’

With Trump in it.

The U.S. Secret Service has opened up an active investigation into terroristic threats made by pop singer Madonna against President Donald Trump at the Women’s protest march on Saturday.

Madonna reportedly told demonstrators at the Women’s March On Washington that she has “often” thought of “blowing up the White House”.

“I’m angry. Yes, I’m outraged. Yes, I have thought an awful lot about blowing up the White House,” Madonna said. “But I know that this won’t change anything. We cannot fall into despair.”

The 58-year-old mother-of-4, graced the stage dressed like a young hipster as she dropped several “F” bombs, before CNN gutted her speech with commentary.

A spokesman for the Secret Service reportedly told media outlets that the agency was “aware” of the singer’s comments and would open an investigation, though the final decision on whether to prosecute would be made by the U.S. Attorney’s office. 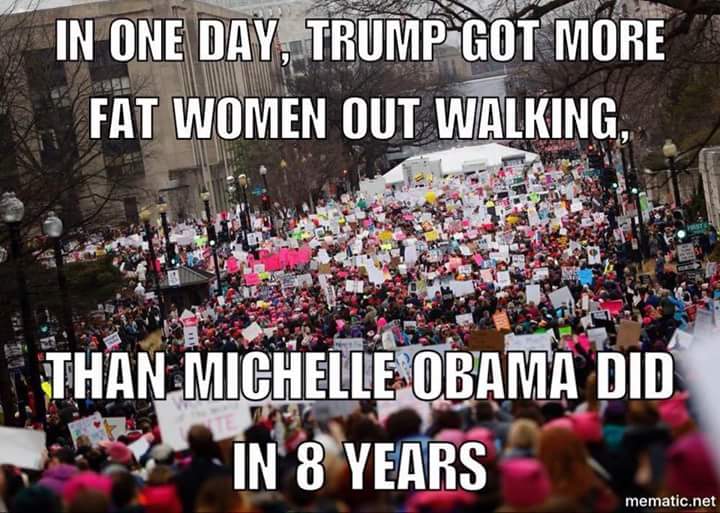 Most Americans are rejoicing the peaceful transition of power from Democrat to Republican in the United States of America.

President Barack Hussein Obama’s 2nd term officially ends at 11:59 pm today, Jan. 20. But not everyone is taking the transition of power well.

Former Secretary of State Hillary Clinton and former President Bill Clinton arrived on Capitol Hill about an hour before the Trumps and the Obamas. Hillary Clinton had hoped to be there under different circumstances. 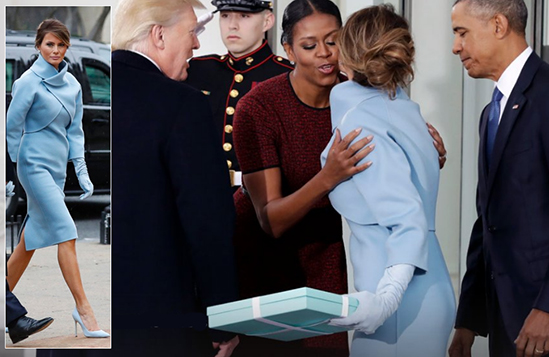 When the Trumps arrived at the White House, Mrs. Trump handed Mrs. Obama a large box from Tiffany’s. The new first lady was dressed by Ralph Lauren for the momentous occasion. 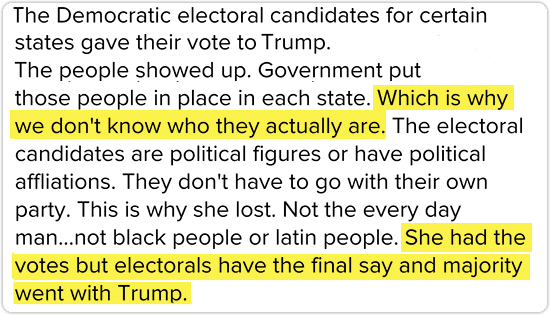