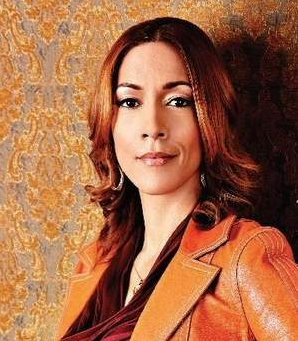 The woman at the heart of the text-messaging scandal that destroyed former Detroit Mayor Kwame Kilpatrick opens up about her life, her family and her notorious affair in the November issue of Essence Magazine.

Christine Beatty (pictured above) was Kilpatrick’s former chief of staff and mistress, and she speaks a deep admitted, bitter truth in the November issue of Essence stating: “Men are forgiven following political sex scandals, while women are negatively labeled”.

Beatty writes that while she was professionally shunned in the aftermath of the scandal, Kilpatrick left jail and landed a six-figure job as an account executive at Compuware, a job he later lost.

Christine then speaks candidly about her affair with Kilpatrick, which I find is an outright disrespect to Kilpatrick’s wife Carlita, since they are still married.

“For years I would think fondly of our first kiss, the one we shared sitting on my mother’s couch after our first date. That kiss, passionate yet gentle, was the sweetest thing I had ever experienced.”

“We would find any spare time we could to be together, at the office or at my home when my children weren’t there. … He made me laugh, he made me angry, he propelled me to ecstasy and reduced me to tears, but most important, I felt he loved me unconditionally,”.

The prosecutor is seeking a minimum of 28 years.