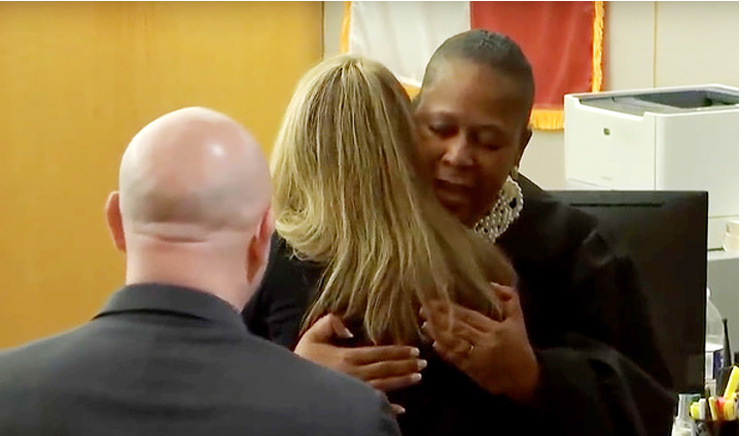 An ethics complaint has been filed against a Dallas, Texas judge who hugged former cop Amber Guyger and gave her a Bible following her guilty verdict on Wednesday.

Guyger, who is white, was found guilty of murder and sentenced to 10 years in prison for fatally shooting 26-year-old accountant Botham Jean, an unarmed Black man who was relaxing in his own apartment when Guyger barged in.

Judge Tammy Kemp fueled outrage when she embraced Guyger in court and handed her a Bible after Guyger was sentenced on Wednesday, Oct. 2.

The judge’s actions prompted many to question why Black defendants aren’t treated the same way. 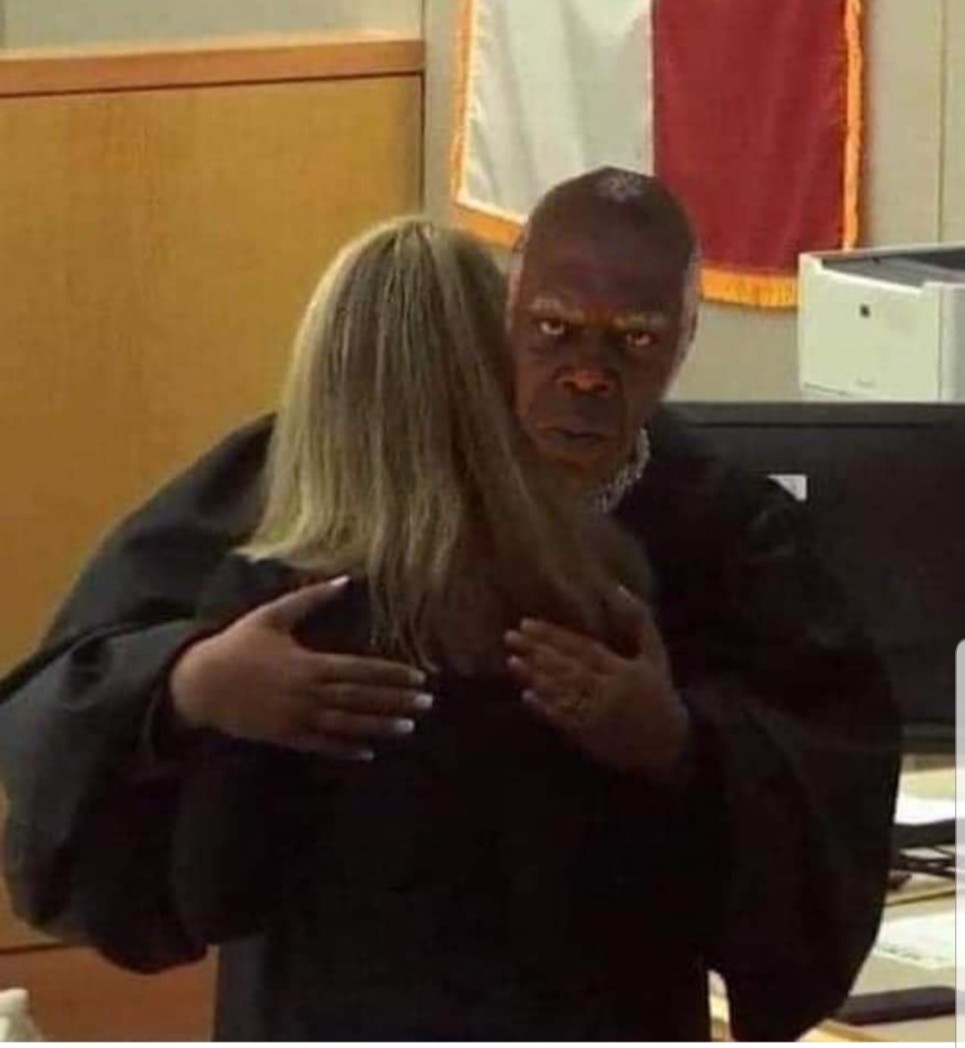 The Freedom From Religion Foundation filed an ethics complaint against the judge with the Texas State Commission on Judicial Conduct on Thursday.

The FFRF group said Kemp went too far by embracing the former cop in court and praying with her before Guyger was shipped off to prison.

After a victim impact statement by Jean’s brother, Brandt Jean, he told Guyger he loved her and embraced her.

Then Kemp embraced Guyger and spoke with her before leaving the courtroom and returning with her personal Bible.

She turned the pages to John 3:16 and told Guyger, “This is where you start.” She continued, saying, “He has a purpose for you,” referring to God.

In the complaint, the FFRF said Judge Kemp, “Handled a difficult trial with grace” but that she “signaled to everyone watching… that she is partial to Christian reform and Christian notions of forgiveness.”

Legal experts have noted that the hug and the Bible could cause a conflict if Guyger files an appeal, which her attorneys have stated she will.

“I did not see why the judge did what she did,” said C. Victor Lander, a former municipal judge who spent 27 years behind the bench.

“Once there’s an appearance that the judges are not impartial, we lose our entire criminal justice system,” Lander said. 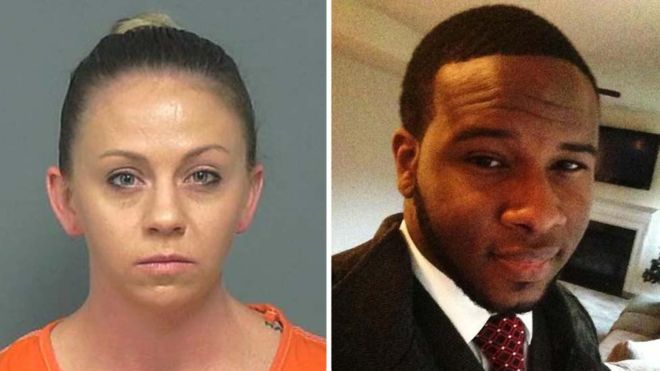 Amber Guyger, 31 shot and killed Botham Jean in his apartment in September 2018. Guyger’s story is that she entered Jean’s apartment thinking it was hers, and believed she encountered a burglar who might kill her. Jean’s apartment was one floor above Guyger’s. Prosecutors argue that Guyger saw several numerous signs indicating she was on wrong floor and at the wrong apartment, including a skylight, a neighbor’s decorative planter, Jean’s red doormat and differences in the hallways.

Jurors, who began deliberating on Monday, were instructed to find whether Guyger is guilty of murder, manslaughter or neither. Prosecutors objected to applying the castle doctrine because Guyger was in Jean’s home — not the other way around. Although the judge allowed it and the defense leaned on it, it didn’t work and Guyger was found guilty of murder.

Join the Conversation with host Tracy L. Bell at 6:30 p.m. EST on “Conversations of a Sistah” as we discuss the Amber Guyger case. Is she guilty or did she stand her ground?