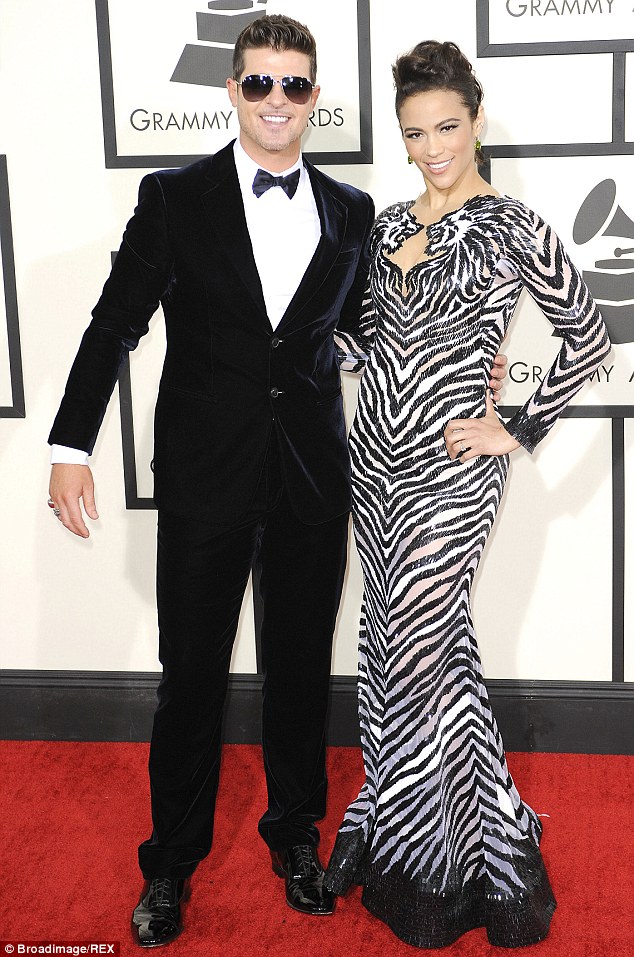 Paula Patton split with husband Robin Thicke because he was allegedly continuing an affair with a woman they were having a three-way relationship.

According to Star magazine, Paula and Robin had been carrying on a consensual ménage-a-trois with a massage therapist for two years. But when Patton, 38, allegedly found out the other woman – who is being called Jasmine – and her husband were having a two-person affair, she called a time out on her marriage.

Paula allegedly walked in on Robin and Jasmine while in the middle of a sexual act, but Thicke reportedly didn’t understand why his wife was upset. “Robin pushed Paula to allow Jasmine into the bedroom with tem in order to spice up their sex life, and she reluctantly agreed in an attempt to keep him happy”, the source explained.

Reports of Robin’s affairs and infidelities have been coming in thick and fast since their break-up, but and he initially seemed to be trying to win her back with public declarations of love at his concerts.

But now neither Patton nor Thicke are wearing their wedding rings, and the actress was recently seen cosying up to Jeremy Renner (pictured below), at the Independent Spirit Awards earlier this year. 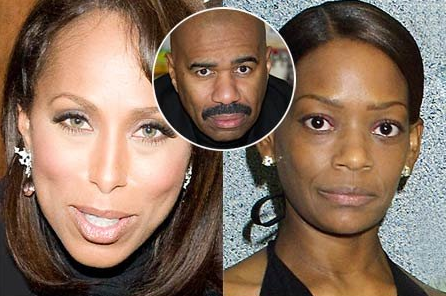 “Steve Harvey owes me $50 million, and I want him arrested for violating my civil rights!” 53-year-old Mary fumed to The ENQUIRER.

“I want him charged with a constitutional rights violation, falsifying documents, perjury, contempt of court, embezzlement, extortion and collusion. “For what he’s done to me, I want to see Steve Harvey behind bars!”

The couple’s son Wynton was born in 1997. They divorced in November 2005, citing “irreconcilable differences,” but Mary claims Harvey was a serial womanizer whose adultery drove her to a mental breakdown. Mary also insists Harvey – host of TV’s syndicated “Steve Harvey” talk show and a weekday radio show – cheated on her with his current wife Marjorie. He wed Marjorie (known as Lady heroine) in June 2007, and Mary claims that makes Harvey a bigamist!

“The judge said our divorce would be contingent upon the division of community assets, but that never happened,” she explained.

According to Mary, that means their divorce is not final, “and Steve is married to both me and his new wife.”

Oh lord, I don’t know if Mary envy’s Steve’s success or can’t get over their divorce, either way, for the love of God, she need to move on!!!

Halle’s attorney Blair Berk and Gabriel’s attorney Shawn Holley were all smiles as they left court Thursday. Both sides agreed to drop their restraining orders against each other, TMZ reports.

Rather than address the media, Blair held up a piece of paper with the handwritten statement: “The parties have reached an amicable agreement. There will be no further statements regarding this matter.”

The action comes just days after Aubry’s attorneys released graphic images of the horrific wounds Aubry suffered at the hands of Martinez, a trained boxer.

Aubry’s camp claims Martinez, 46, was angry that Aubry won a legal challenge preventing Halle from moving with her daughter, Nahla, to France, where Martinez maintains his home.

Since this incident and Halle’s latest court drama, the internet is all abuzz talking about Halle’s history of having failed relationships. Halle’s been dating Martinez since 2010.

Halle Berry’s baby daddy, Gabriel Aubry successfully obtained a restraining order against her current fiance, Olivier Martinez, after the two had a Thanksgiving brawl that left Aubry with nasty facial injuries (per pictured above).

Both men were treated for various injuries at a local hospital. Aubry’s petition for the restraining order contained images of his black eyes, lacerations and abrasions on his face, that he claims he suffered at the hands of Martinez (Halle’s fiance) who made a citizen’s arrest on the former underwear model.

Aubry says he was attacked by Martinez when he arrived at Berry’s Los Angeles home to drop off his daughter Nahla on November 22, 2012. 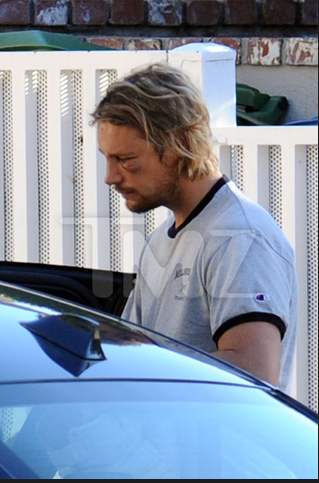 Halle Berry’s fiance Olivier Martinez and her baby daddy, Gabriel Aubry got into a knock down drag out brawl Thanksgiving Day…The picture above is of Halle’s baby’s daddy Gabriel Aubry, the day after.

Both Gabriel and Olivier were treated for injuries in the emergency room and Gabriel was arrested for initiating the fight.