As thousands of mourners line up to bid a final farewell to the Queen of Soul, as she lie in repose at the Charles H. Wright museum of African American History in her hometown of Detroit.

The Queen of Soul is wearing Christian Louboutin 5-inch patent leather pumps that match a tea-length ruby red dress made of lace – with a full tulle skirt and chiffon overlay, said Linda Swanson, executive vice president of Swanson Funeral Home. The dress has beading on the bodice and shoulders, and a boat neck collar with a chiffon bell sleeve altered by Swanson, who is also a seamstress.

Franklin is resting in a solid bronze Promethean casket plated in 14-karat gold. It is the same type of coffin in which singers James Brown and Michael Jackson were buried, according to The Telegraph of Britain.

The interior is finished with champagne velvet. Franklin’s title, “Queen of Soul,” and her name “Aretha Franklin,” are embroidered in the casket lining with gold metallic thread.

Tributes will be held all week in her honor with a private funeral service to follow, which is scheduled for Friday August 31st. 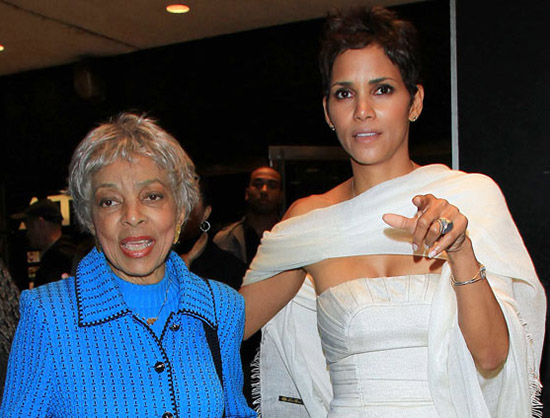 She was married to actor Ossie Davis until his death in 2005.

Mourners reach out to touch the coffin of James Christopher Kelly as it is wheeled out of the Jackson Memorial Baptist Church in a recessional at the end of his funeral service on Thursday May 9, 2013, in Atlanta.

Kelly died on May 1st at a hospital after collapsing in his home from a cocaine and heroine binge the night before. A toxicology report concluding the rappers cause of death is pending. 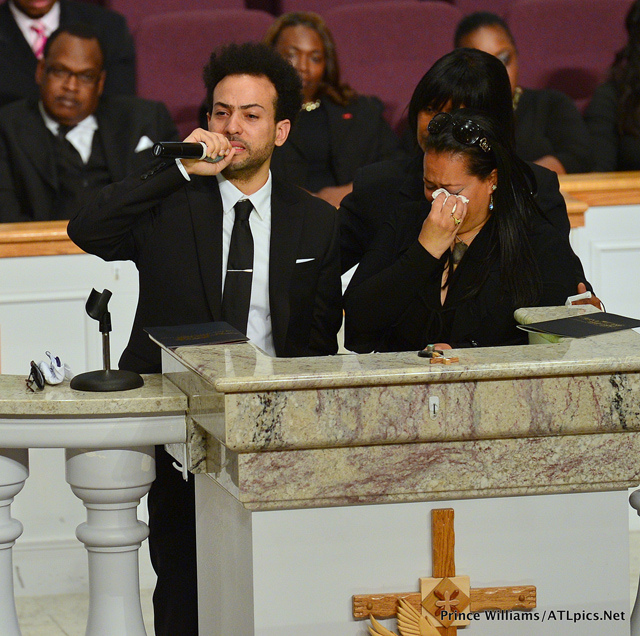 Former Kris Kross member Chris Smith and his sister Jennifer Smith (pictured above), begin to weep while speaking at the funeral of Chris Kelly. Smith and Kelly rose to fame after being discovered by Jermaine Dupri at a mall in Atlanta. The group was famous for their signature clothes being worn backwards style and their biggest hit “Jump-Jump”.

Another artist on Durpi’s record label attended the services, rapper Da Brat, pictured here, with her pants worn backwards in honor of Kelly. Chris and Da Brat performed in February marking Jermaine Dupri’s record label’s twentieth anniversary celebration. Does Da Brat look like she’s going to a cook-out or is it just me?

Jermaine Dupri (pictured below) who was of course also in attendance and wearing his jeans backwards in honor of Kelly said “Chris Kelly was like the son he never had“. Dupri was just as shocked to hear of Kelly’s death. Guess he had no clue of what his artist son was into. 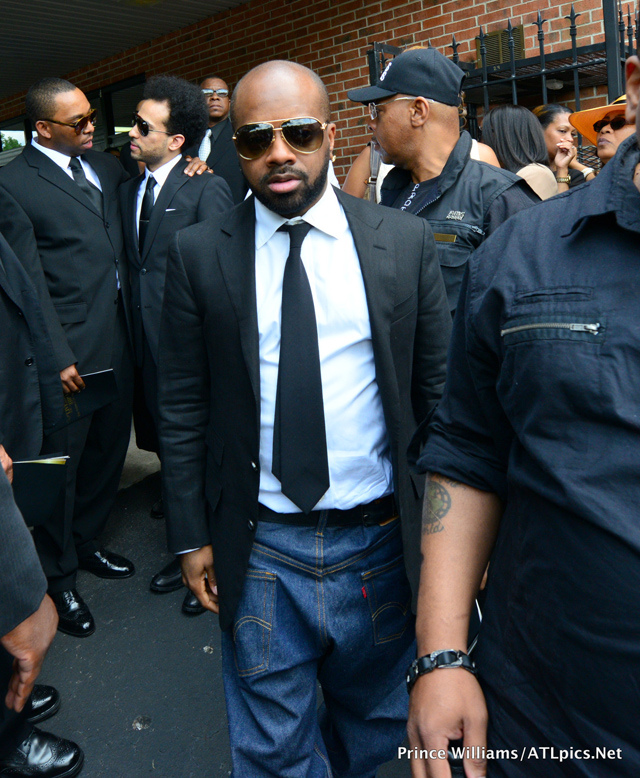 Two women were hospitalized with serious injuries when LAPD officers mistook their pickup truck for Dorner’s and opened fire.

The attorney for Maggie Carranza, 47, and her mother, 71-year-old Emma Hernandez, said the women had “no warning” before their truck was riddled with bullets as they delivered Los Angeles Times newspapers around 5:15 a.m. in Torrance, CA. 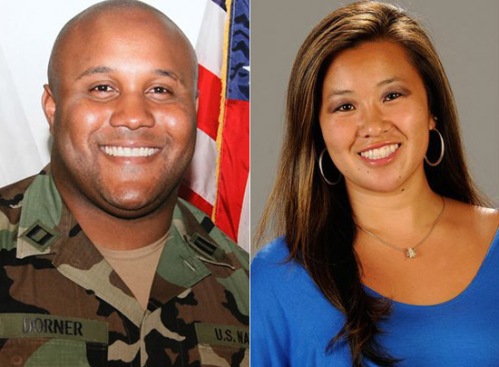 “There was no warning. There were no orders. No commands. Just gunshots,” attorney Glen Jonas told CBS Los Angeles.

The case of mistaken identities seems to confirm suspicions that police have been given “shoot to kill” orders in their hunt for the LAPD officer.

Dorner (pictured above) is accused of killing a couple over the weekend and opening fire on four officers early Thursday, killing one and critically wounding another.

Cal State Fullerton assistant women’s NCAA college basketball coach Monica Quan (pictured above) and her fiance Keith Lawrence were found shot to death Sunday in their car in a parking garage in Fullerton, Calif. Quan is the daughter of the former LAPD police chief.

The ex-Navy veteran wrote a detailed online posting targeting police officers and others who he blamed for his wrongful termination from the LAPD. 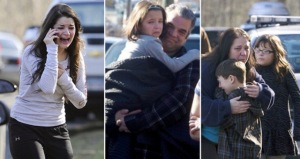 A deranged gunman opened fire inside an elementary school in Newton, Connecticut yesterday, leaving at least 28 dead, including 20 children.

The shooter, 20-year-old Adam Lanza, went from classroom to classroom firing randomly, shooting children and school staff before turning the gun on himself.

Lanza shot his mother in the face at their CT home before driving to the school and opening fire on teachers, the school’s principle and twenty (20) innocent children.

Worried parents also rushed to the school to pick up their children. Frightened children were told to keep their eyes closed as they were led out of the school by teachers and parents. The school holds 600 children.

President Barack Obama was briefed on the situation at the school. Spokesman Jay Carney said the White House had “enormous sympathy for families that are affected” and would “do everything we can to support state and local law enforcement.”

The suspect reportedly used a .223 caliber assault rifle. In addition to the assault rifle, 2 handguns were recovered at the scene. The massacre is the latest in a shocking history of school massacres in America involving high-powered weapons.

The number of dead exceeds the 13 students and teachers killed during the Columbine High School massacre in 1999. 2 shooters were also involved in that massacre. At the time, Columbine was the worst school shooting in American history, until now.

With just a week away from Christmas, the devil crept into the community of Newton, CT and stole the joy of Christmas from parents and children and changed their lives forever. When you take prayer out of schools, you open the door for the devil to walk in.

Please remember: The devil can’t dwell where the spirit of the Lord is!