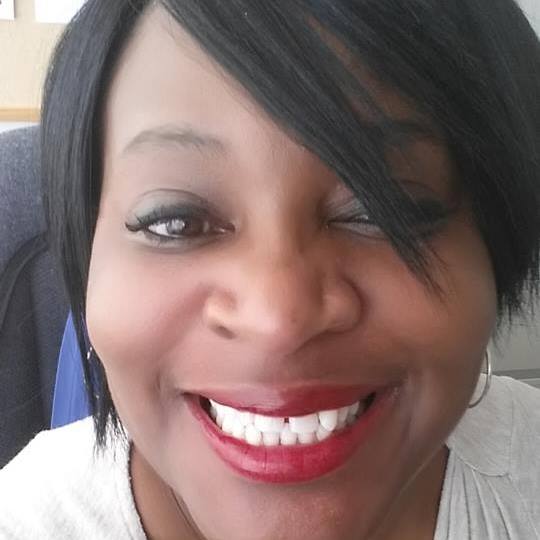 We should be celebrating the history of our people every single day of the year. There are so many African American men and women who have contributed to our history through the talents and gifts they possess.

Harriet Tubman knew how to maneuver slaves through the underground railroad, just like Madame C. J. Walker was an inventor of her hair care products. Just as African American actresses, such as Hattie McDaniel portrayed the real cooks during the slavery era, the talents of African American woman were the backbones in a kitchen during the war.

While Slavery and poverty were historical factors that influenced the evolution of southern food and baking. The African slaves that cooked and served generations were the primary creators of southern cooking. They transformed staples of pioneer culture into refined dishes and feasts that now epitomizes southern hospitality.

We’ve come a long way since this era, as with Regina Davis (pictured above), who is influential today as the owner and operator of “Regina’s Sweet Temptations“. A talent giant who creates delectable treats with a vision in her heart and a passion for perfection. A culinary genius with humble beginnings, who learned from an aunt and experienced heartfelt results. Regina’s professionalism and polished presentation is an introduction to a taste that won’t disappiont.

“I first learned the art from my Aunt Cally when I was young and then perfected my skills by preparing delicious treats for my three children over the years. I found that I loved seeing the smiles on my friends faces, when they bit into one of my delicious chocolate chip cookies or admired one of my many creative cupcake designs.” Regina Davis

Regina is adamant about the layout and design of her “treats” telling my administrator “I take so many pictures to get the right one”.

Although her side slogan is the “cupcake lady” her business is more than just cupcakes. Regina has a creative flare to pull you into all that she has to offer; from cakes to cookies to brownies and miniature treats, it’s obvious her creative flare is a gift that she posses.

Join me tonight at 6:30 pm on “Conversations Of A Sistah” via Blog Talk Radio as we celebrate and salute the talented and awesome, Regina Davis of “Regina’s Sweet Temptations” in commemoration of Black History month.

See you on the air but first sound off with your questions and comments here!

By popular demand, I will resume last week’s subject this week…”A modern day Lynching” on “Conversations Of A Sistah” tonight.

Lynching is murder by mob, often by hanging, but also by a burning at the stake or shooting, in order to punish an alleged transgressor, or to intimidate, control, or otherwise manipulate a specific sector of a population.

Racism in America has set the scene for many injustices since the founding fathers birthed the notion of life, liberty and the pursuit of happiness. The killing of young black men in our society seem to be a modern day lynching however, racism has taken a seat to a more pressing problem in America: a broken justice system.

Some people might have expected to see an increase in the overt lynching and murder of Black men by white extremists under the Obama administration due to the backlash of white right-wing conservative resentment.

In the recent events taken place in Florida, the stand your ground laws ought to be called a Right to Kill for White People laws because that is precisely what they are. Self-defense means nothing when a black person asserts that right. How do black people defend themselves when the justice system is arrayed against them?

Michael Dunn, the Georgia man who shot and killed 17-year-old Jordan Davis after an argument over loud music in Jacksonville, was found guilty on 3 counts of 2nd-degree murder and 1 count of throwing a deadly missile.

Join me tonight at 8:00 P.M. on “Conversations Of A Sistah” via “Conversations Live” as I address many of such injustices as being Modern Day lynchings.

In today’s society the idea of what is deemed beauty or beautiful is distorted, leaving many young African American women still struggling with the challenge of their looks. Yes the light skin vs. dark skin colorism is still an issue and conversation which is uncomfortable for some and a curse in thought by many.

In many parts of the world, people are judged not just by their skin color but also by their skin tone. The devaluing of dark-skinned women is still an issue not just in the black community alone but the issue is extremely pervasive in mainstream America as well.

Join me tonight at 8:00 P.M. on “Conversations Of A Sistah” in our continued celebration of Black History month on “Conversations Live” as I welcome Karen Tucker (pictured below), author of the children’s book “Brown Little Me“, a love letter to the little girl inside of her; who struggled with the many issues of identity, fitting-in and self-acceptance. 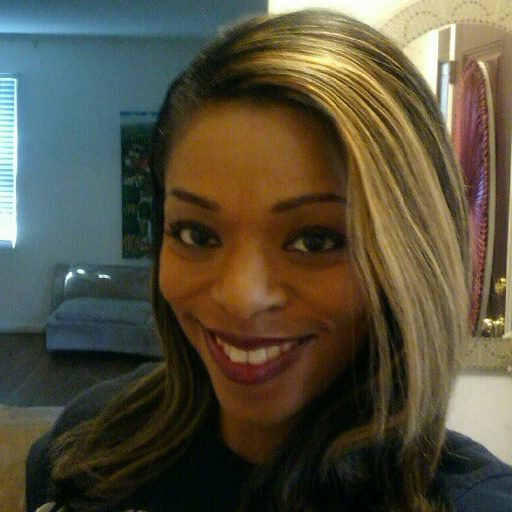 As an African American woman, Tucker has always had a lifelong battle with understanding, that while having brown skin has so many benefits; there also seems to be resentment for it on so many levels. Ranging from racism to the destructiveness of self hate and complexion complexes, from these struggles “Brown Little Me” came to be.

So tune in tonight and add your two cents to the conversation by calling into the show at 1-347-426-3645. press ‘1’ to speak with the host and access the show at any of the Conversations links in this post.

Meet you on the air! 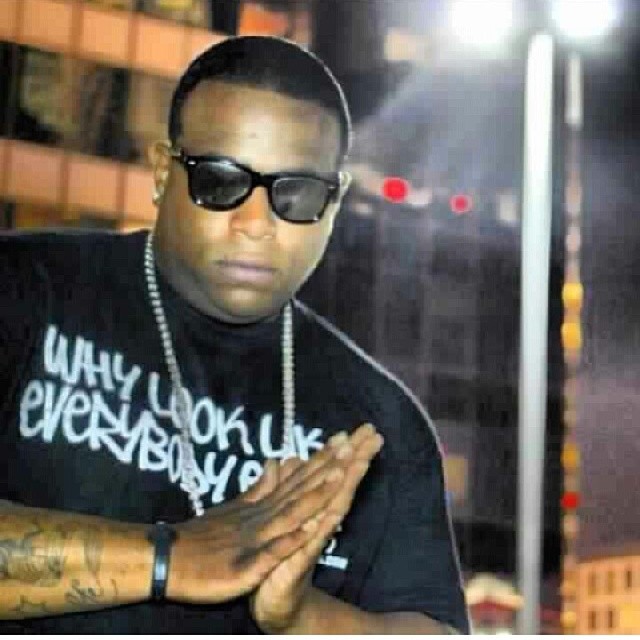 The celebration of Black History month, is a celebration in saluting the efforts of great African American pioneers of our time. We all have something to contribute in history with our God given talents and abilities, having such recognitions being saluted across the board. From community activist, to gymnast, from poets to authors the coalition of talents are endless.

Take a journey with me this month as I celebrate our history with great diversity, by highlighting those talented individuals making history for this time.

Join me tonight at 8:00 PM on “Conversations Of A Sistah” via “Conversations Live” with my very special guest, southern rapper Guttamane (pictured above), whose real name is David Lee Myers Jr. a native of Camden, Mississippi. A talented rapper who against all odds are making his “Dreams B.I.G” at this time in history.

Tune in with me tonight, as I speak with Guttamane and dig into his culture of rap, how its music and lyrics will take its place in history and the primary message it sends to future generations.

Harriet Tubman led her people to freedom through the underground railroad. I was always fascinated by her story because she would move her people by night and in the middle of the night. she had code references of how she operated her underground railroad that were only known to other slaves. Harriet Tubman was only about five feet tall, but she was smart and she was strong — and she carried a long rifle. She used the rifle not only to intimidate pro-slavery people they might meet, but also to keep any of the slaves from backing out. She threatened any of them who seemed like they were about to leave, telling them that “dead Negroes tell no tales.” A slave who returned from one of these trips could betray too many secrets: who had helped, what paths the flight had taken, how messages were passed. This woman was bad and she was bold!!! My favorite saying of hers was; “I never ran my train off the track and I never lost a passenger”.

Diana Ross a legend of her time who was first lead singer of the sixties girl group “The Supreme’s” before branching out as a solo singer and actress. Ross had such hits as; “Touch me in the morning” “Upside Down” and my all-time favorite “I’m coming out”. Ross starred in such films as; “Mahogany” which launched a fashion and makeup line, “Lady Sings The Blues” and Motown’s makeover and Broadway production of “The Wiz”.

My favorite athlete of all time is Michael Jordan. Jordan was the best of the best. After a three-season career at the University of North Carolina at Chapel Hill, where he was a member of the Tar Heels’ national championship team in 1982, Jordan joined the NBA’s Chicago Bulls in 1984. He quickly emerged as a league star, entertaining crowds with his prolific scoring. His leaping ability, illustrated by performing slam dunks from the free throw line in slam dunk contests, earned him the nicknames “Air Jordan” and “His Airness“. These young cats in the NBA today like LeBron James, Kobe Bryant, Dwayne Wade and Dwight Howard ain’t got nothing on Jordan compared to his game.

Eddie Murphy my favorite comedian, I must’ve seen “The Klumps” and “Beverly Hills Cops” a thousand times, I was so impressed with the artistic talent Murphy displayed in these movies. Tyler Perry an actor of this generation who has become a successful playwright, actor and movie director. Perry have many plays turned movies under his belt such as; “I can do bad all by myself” “Diary of a mad black woman” and “Madea goes to jail”. Both Murphy and Perry have been innovative in the roles and characters they’ve created.

And my all time favorite philanthropist, politician and actors are Colin Powell, Tom Joyner and Denzel Washington of course.

Powell, who has recently been disowned by his own political party for addressing the old and bold prejudices they (the republicans) have against the current administration, holding office in the White house. An administration Powell ultimately supported. A retired four star general in the United States Army, Powell was the first, and so far the only, African-American to serve on the Joint Chiefs of Staff, and was the first of two consecutive African-American office-holders to hold the key Administration position of U.S. Secretary of State.

Denzel Washington who has recently made it known how he doesn’t have any white actors as friends. Denzel is the heart-throb of many and the Flight actor told a British newspaper that he doesn’t spend  much time with his celebrity peers.

“Even within the industry, I don’t have any actor friends. My friends are old  friends,” Washington, 58, admitted. “One’s an ex-music guy, the other’s a  restaurant owner and the other’s an ex-pro ballplayer.”

Old friends keep you grounded. Washington who has many movie roles under his belt, has starred in such movies as; “Malcolm X” “Ricochet” “Mo Better Blues” “Training Day” “The Book of Eli” and “Glory” just to name a few. Aside from his talents and good looks, Denzel is both down to earth and grounded.