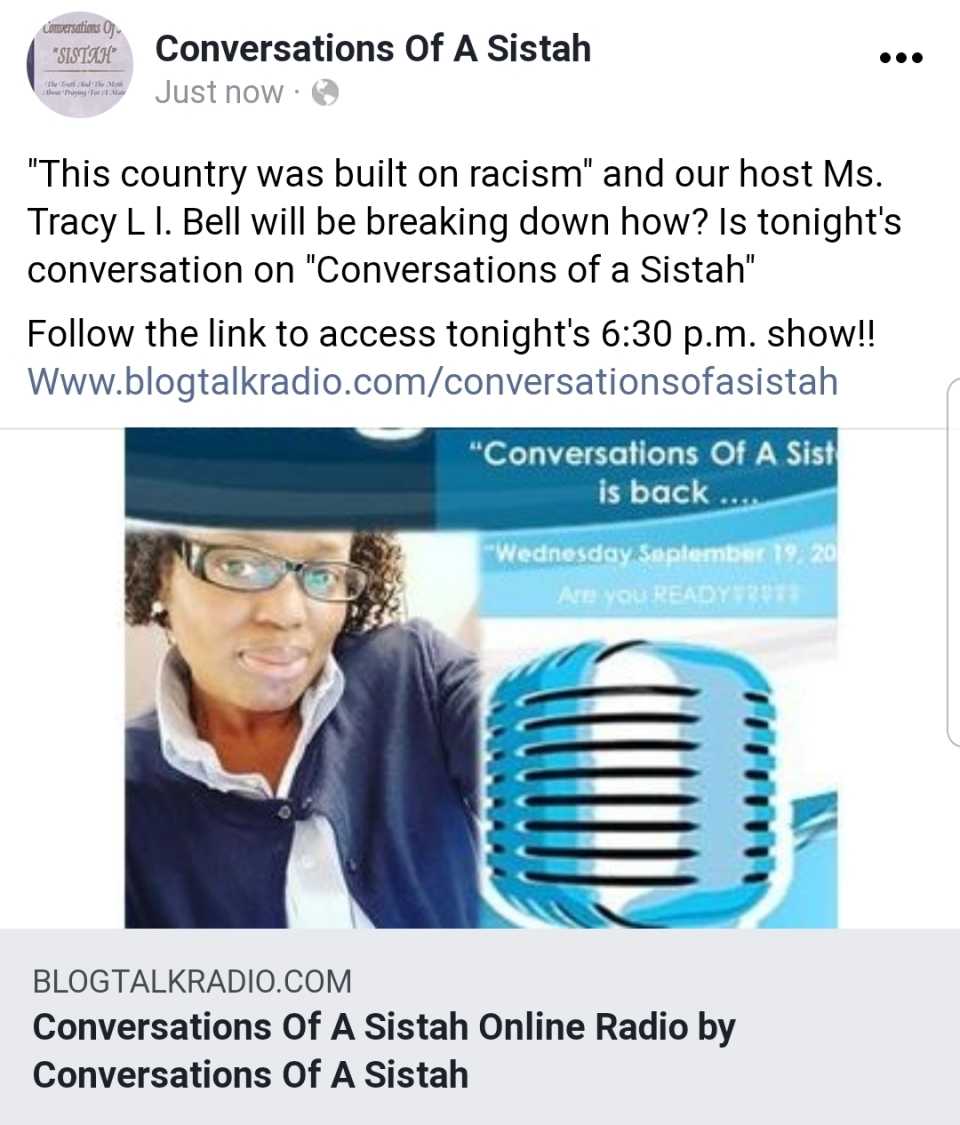 The 1920s was a period of intense racism in the American South, characterized by frequent lynchings. In fact, the NAACP (National Association for the Advancement of Colored People) reported that, in 1920, lynching claimed, on average, the lives of two African Americans every week.

This country was built on racism but since the death of George Floyd, public & political leaders have been focused on the civil disturbances across our country.

Join the conversation at 6:30 p.m. EST on “Conversations Of A Sistah” on “how this country was built on racism“