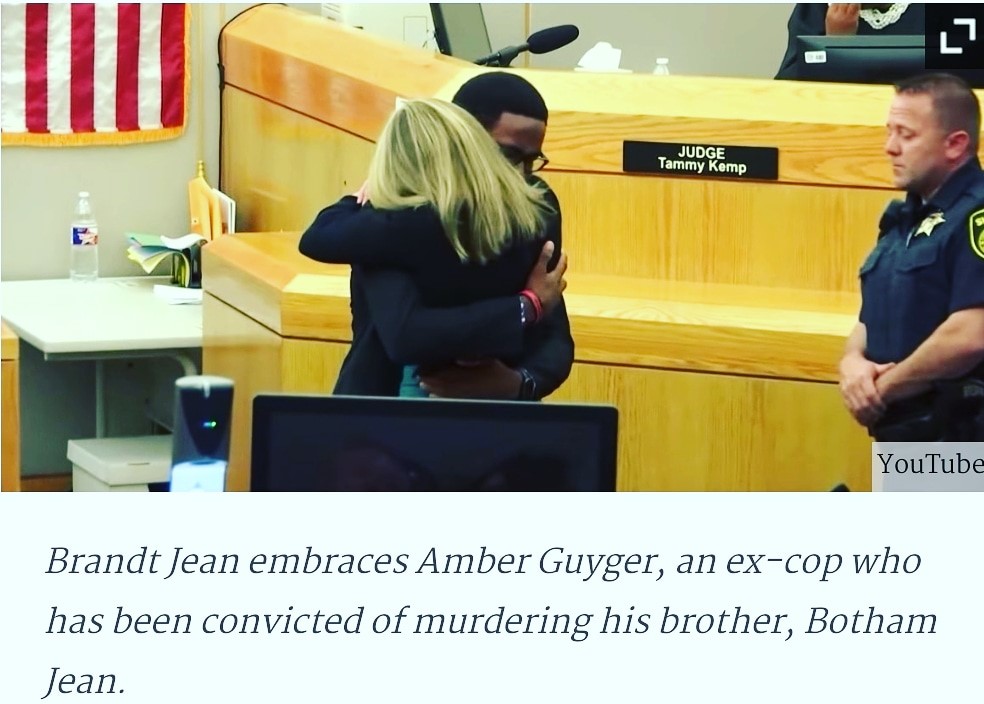 Black people didn’t know what to think after Botham Jean’s brother hugged the former Dallas cop who took his brother’s life in a deadly case of mistaken identity.

Last Tuesday a jury convicted Amber Guyger of murder in the fatal shooting of her upstairs neighbor. She claimed she mistook his apartment for her own after working a 13-hour shift on Sept. 6, 2018.

During his victim impact testimony, Jean’s brother, Brandt Jean told Guyger, who is white, that he forgives her and didn’t want her to go to prison. “I love you as a person, and I don’t wish anything bad on you,” Brandt said.

After his testimony, Brandt gave Guyger an emotional embrace that stunned social media.

There was more odd behavior in the courtroom. A Black bailiff was seen stroking and primping Guyger’s hair after her guilty verdict was announced.

The courtroom behavior angered many and confused others.

Join us at 6:30 p.m. EST on “Conversations of A Sistah” via Blog Talk Radio for our discussion on “Has Religion Brainwashed Black People into Forgiving?”

Sound off here and we’ll meet you on the air!!

55 thoughts on ““Has Religion Brainwashed Black People into Forgiving?” Tonight on “Conversations Of A Sistah””