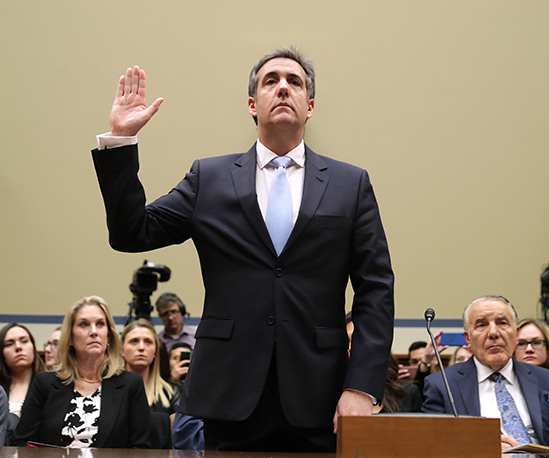 To back up his claims that the President is a racist, Cohen recalled a statement Trump made about Black Chicago residents.

“While we were once driving through a struggling neighborhood in Chicago, he commented that only Black people could live that way,” Cohen said in a prepared statement before the House Oversight and Reform Committee.

“And he told me that Black people would never vote for him because they were too stupid,” Cohen added. “And yet I continued to work for him.”

Cohen recalled other incidents in his prepared statement.

“Mr. Trump is a racist,” he said. “The country has seen Mr. Trump court white supremacists and bigots. You have heard him call poorer countries ‘shitholes.’ In private, he is even worse.

“He once asked me if I could name a country run by a Black person that wasn’t a ‘shithole,'” Cohen said. “This was when Barack Obama was president of the United States.”

House Republicans attacked Cohen who was convicted last year of lying to Congress about a deal to build a Trump Tower in Moscow. Cohen testified on Wednesday that he lied to protect Mr. Trump.

Wednesday was day 2 of three consecutive days of congressional appearances for Cohen. The disbarred former lawyer will appear before the House Intelligence Committee where he will speak in private on Thursday.