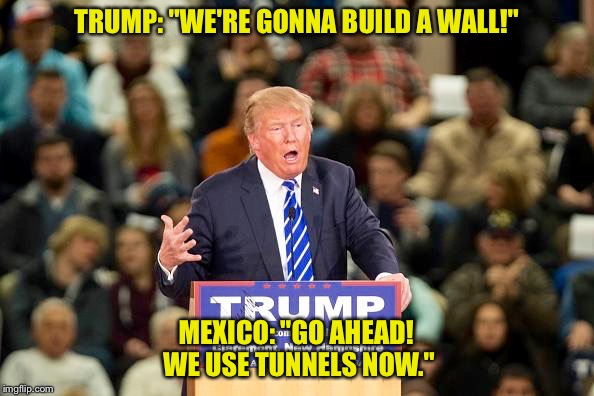 Consider the limited thinking that produces a concept such as “border security.” The essential assumption here is that the United States of America is primarily a physical container – three and a half million square miles of freedom and prosperity but the supply is limited.

The border agents, presumably, are protecting all the exclusive goodies that constitute America. The downside of such thinking has been partially laid bare by the Trump presidency, which, as it began, taking children away from asylum-seeking parents at the Mexican border and warehousing the children in places unknown all over the country, which triggered large-scale public outrage.

It didn’t stop there, immigrants who were in the US on temporary visa’s were detained at airports and being picked up by ISIS agents. All in an a purported effort of border control. Then you have its president shutting down the government to prove his point.

What is the bottom line? Is a wall really needed to secure the US border?

Join tonight’s conversation at 6:30 p.m. EST on “Conversations Of A Sistah” with our special guest in the studio, NJ’s Bergen County freeholder and District Governor Mr. John Mitchell. As we discuss “Border Security vs. The Wall“

Hope to see you on the air!!

5 thoughts on “‘Border Security vs. The Wall’ on Tonight’s “Conversations Of A Sistah””