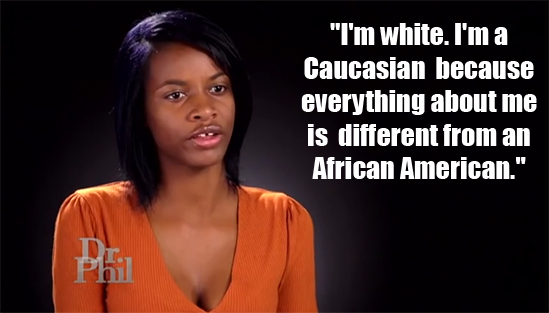 Treasure, a 16-year-old Black girl who identifies as Caucasian, was a guest on the Dr. Phil Show this week. The episode sparked outrage after Treasure said Black people were “gross” and “ugly”.

“I’m white. I’m a Caucasian because everything about me is different from an African American,” said Treasure in an episode of Dr. Phil that aired on Oct. 24.

Treasure told Dr. Phil that she considers herself to be Caucasian because white people have no problems at all.

Monique said she is embarrassed whenever she and Treasure go out in public, and her daughter utters racist remarks about Black people.

Dr. Phil introduced Treasure and Monique to Spirit, a family therapist who can help Treasure unlearn her destructive thought process to help her accept who she is.

Spirit blamed Treasure’s low self-esteem for her self-hate and society’s pressure for teenagers to be perfect, particularly on social media.

Watch the full episode below.