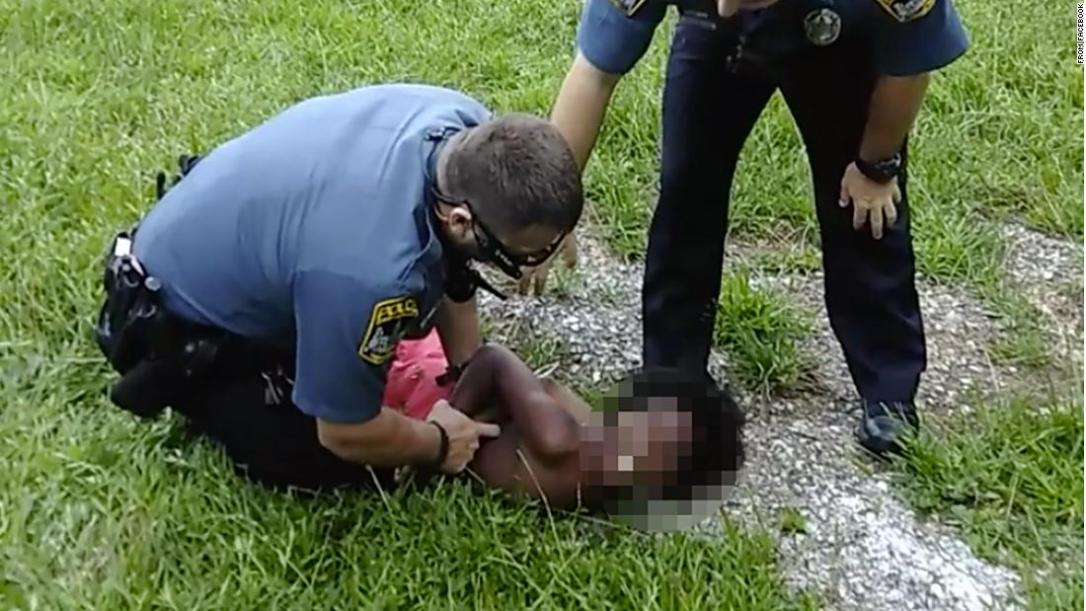 A Georgia police officer’s conduct with an emotional 10-year-old boy is drawing scrutiny after the police department released body camera video of an officer restraining the child.

On Friday, officers with the Athens-Clarke County Police Department were called to a home in relation to a domestic violence suspect.

Officers carried out their investigation and placed the suspect under arrest.

While taking the man into custody, police said the boy became emotionally distraught and started running around, begging officers not to arrest his father.

Body camera footage captured by an officer was posted on Facebook.

At first, the boy is seen being restrained by the adults around him while he yelled at officers.

“Back up,” one woman yelled, pulling the boy back. “Who you trying to fight?”

When those attempts to deter the child were unsuccessful, he became more upset and started running around and jumped towards an officer.

The officer is then seen wrestling the child to the ground before forcefully restraining him.

“Calm down, calm down man,” the officer called out.

Within a few minutes, the child settled down and started to apologize.

“Understand,” the officer said. “Yes, sir,” the child replied. “You don’t run up on an officer.”

The boy settled down and officers helped him to his feet and took off the handcuffs.

Officers then escorted the boy to see his father who was in the back of a cop car.

The child asked his father for his phone and said he was going to call someone to bail him out before letting out a cry and patting his father on the head.

“He didn’t do nothing,” he insisted.

The officer allows the boy to approach the patrol car, leading him to the window where his father was seated. The boy takes his father’s phone, letting his dad knows that he’ll call someone who will be able to bail him out.

“Be strong,” the father, who was restrained in the back of the vehicle tells his son, as he leans his head toward the window so his son can pat his head.

The department released the body camera footage after the boy’s family posted their own video to Facebook.

“(Sic) didn’t do anything but was tryna talk to his dad who was in the police car,” Ariel Collins, the boy’s cousin, wrote on her Facebook post.

Police Chief Scott Freeman ordered an internal investigation due to a “juvenile involvement.”