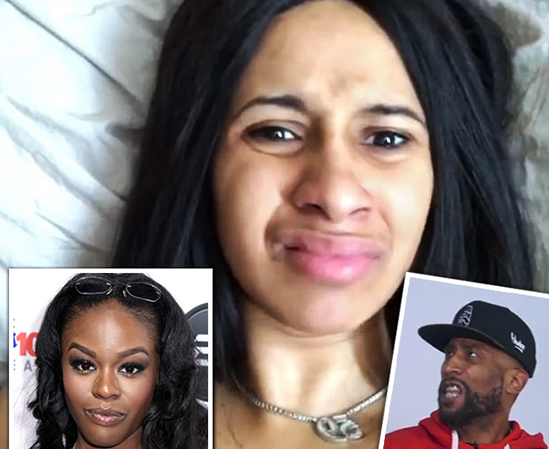 Race Appropriation, or cultural appropriation is when someone else adopts a style from a race that is not his or her own. But that’s not the whole story, appropriation refers to a particular power dynamic in which members of a dominant culture take elements from a culture of people who have been systematically oppressed by that dominant group. It’s fine to take aspects of another culture but when it permeates the masses, there lies the problem.

Recently in an interview with the breakfast club Azalia Banks slammed Cardi B for trying to impersonate a black woman. Cardi B is among a group of white and Hispanic rappers who are heavily promoted by the media as acceptable crossover hip-hop artists. This is not sitting well with other celebrities.

In a recent interview with the Breakfast Club, Banks dissed Cardi by calling her an “illiterate, untalented rat” and a “caricature of a black woman,” then dismissed the rapper as a one-hit wonder and not influential at all.

Several other artist have imitated us in the past as well. You have Eminen, Vanilla Ice, Jon B, Miley Cyrus, Iggy Izalea and Bruno Mars just to name a few.

So what is so wrong with imitating black R&B artist, rappers and entertainers?

Join Host Tracy L. Bell at 6:30 p.m. EST on “Conversations Of A Sistah” for her commentary on “Race Appropriation, who owns it?”

All “LINKS” in this post will access the online show.
Hope to see you on the air!!!

112 thoughts on “Race Appropriation, who owns it? Tonight on “Conversations Of A Sistah””