Starbucks “mutually parted ways” with the manager, named only as Holly, who called 911 to report that two men refused to leave the 18th and Spruce Street location on last Thursday. Another patron uploaded cell phone video of the men being arrested, saying the two men were racially profiled.

Starbucks, is facing fierce criticism after two black men were arrested at a Philadelphia store, sparking accusations of racial profiling over what the company’s chief executive now calls a “reprehensible” incident.

In a statement, their CEO Kevin Johnson gave his deepest apologies” on Saturday to the two men who were taken out of the store in handcuffs by at least six officers on Thursday. SIX!!!! A store manager had asked the two men to leave after they attempted to use the bathroom without purchases. The men said they were waiting for a friend, their attorney later said. The manager then called 911 for assistance.

The police confrontation was captured on a video that has been viewed more than 8 million times on social media, fueling a backlash and drawing responses from the city’s police commissioner and mayor.

This is about racism and racial profiling.

Join our Host Ms. Tracy L. Bell at 6:30 p.m. EST on “Conversations Of A Sistah“ as she discusses boycotting the chain and will closing all stores on May 29 for bias training be enough to fan the flames of a racially charged manager. 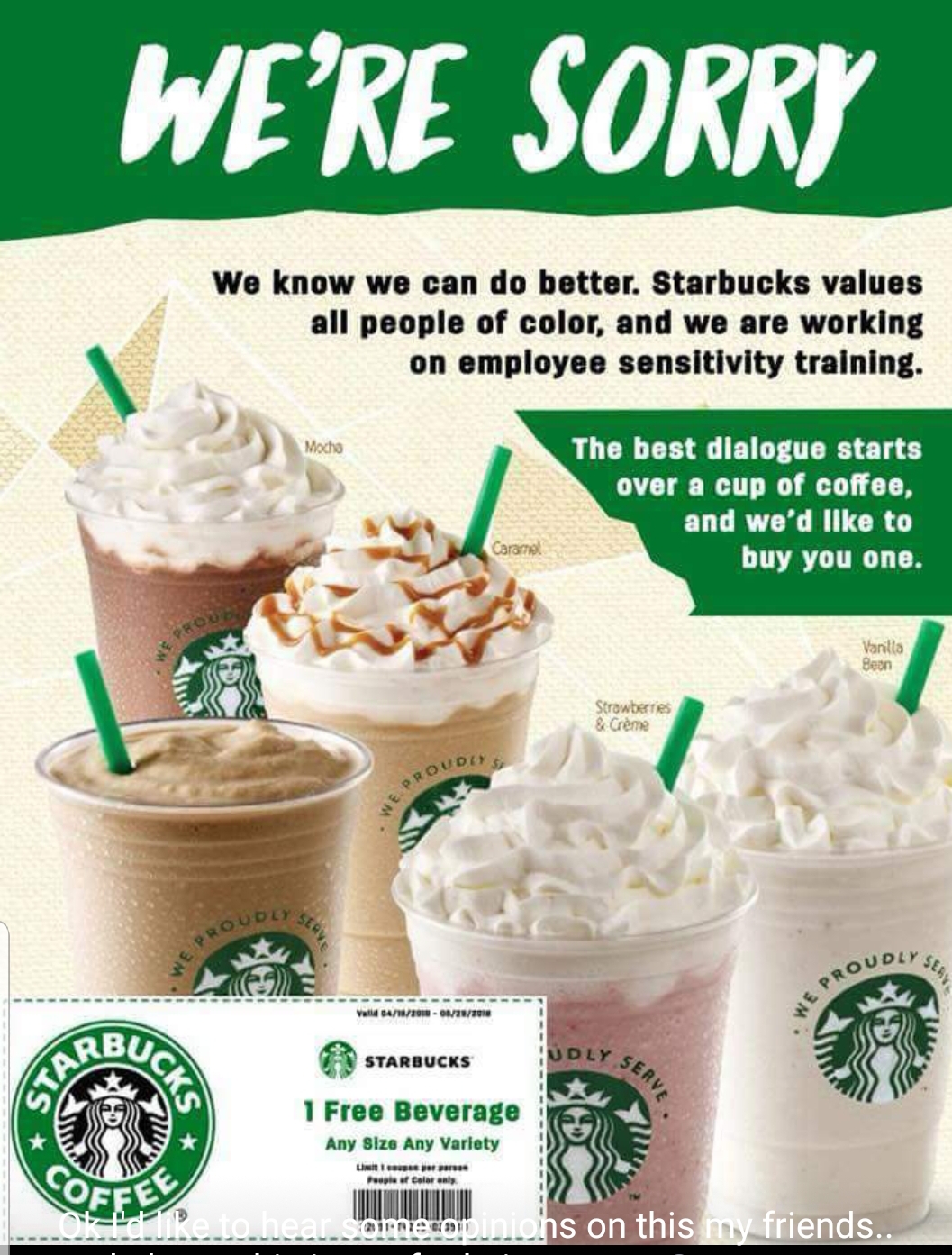 170 thoughts on “We’re Talking a Starbucks Boycott, Tonight on “Conversations Of A Sistah””