Nicolle Rochelle, a 39-year-old actress who appeared in four episodes of “The Cosby Show” charged at Bill Cosby as he arrived at his sexual-assault retrial Monday morning. I thought the actress charged at him in protest because he raped her while on the show? Turns out this is not the case at all. Rochelle who is a member of an international feminist group was defending the alleged victims. Seriously?

What she did was pointless and asinine!! Rochelle was looking for her 15 minutes of fame,  she is credited as Nicole Leach, who played a friend of Rudy’s on “The Cosby Show” in just four (4) episodes. 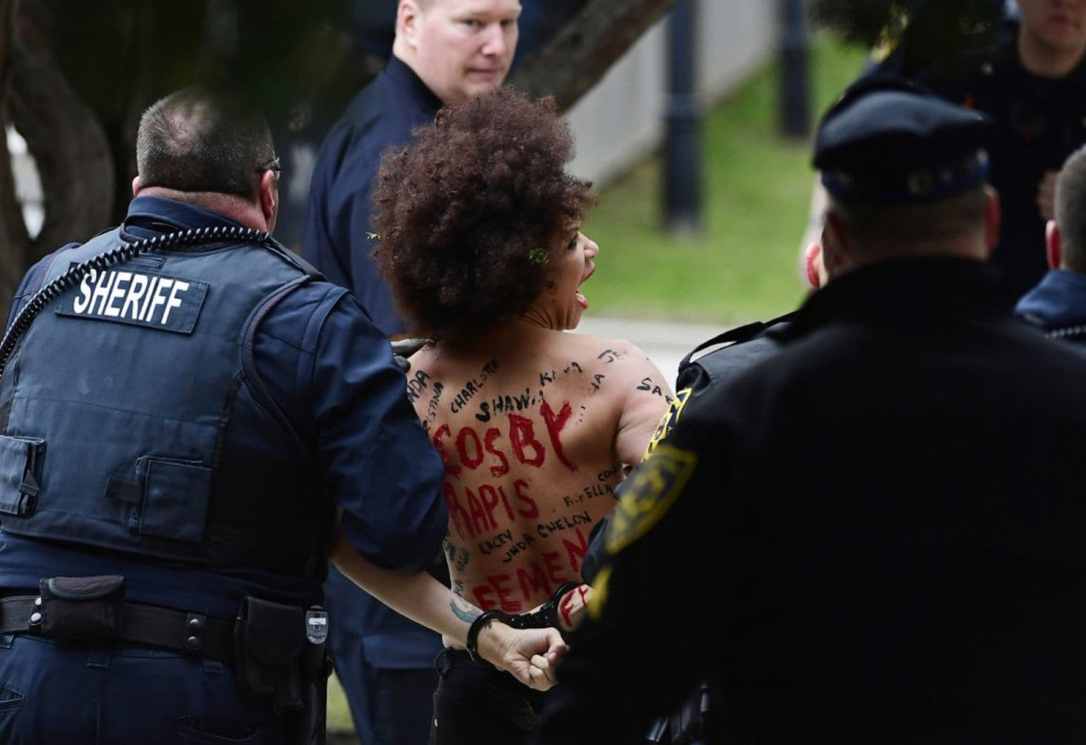 The looking for a come-up actress, jumped over a barricade outside the Montgomery County Courthouse in suburban Philadelphia and got within a few feet of the comedian, 80, who has been charged with drugging and molesting a woman in 2004. Rochelle, a resident of Little Falls, N.J., was obstructed by sheriff’s deputies and charged with disorderly conduct.