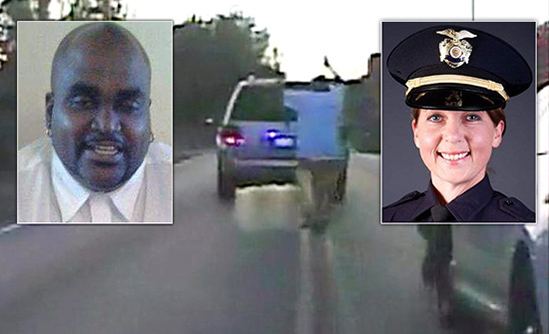 Betty Shelby, the former Tulsa, Oklahoma cop who shot unarmed motorist Terence Crutcher during a traffic encounter, has been acquitted of manslaughter.

“I feared for my life,” she told a Tulsa jury on Monday.

The jury never got a chance to hear a comment made by Shelby’s husband, Officer David Shelby, calling Crutcher “a bad dude,” as he hovered in a helicopter over the scene.

Crutcher’s death touched off massive protests by Black Lives Matter and others around the country.

Video footage released by police showed Crutcher walking slowly toward his SUV while officers yelled orders at him to stop.

Shelby fired the shot that killed Crutcher without provocation as he stood outside his truck.