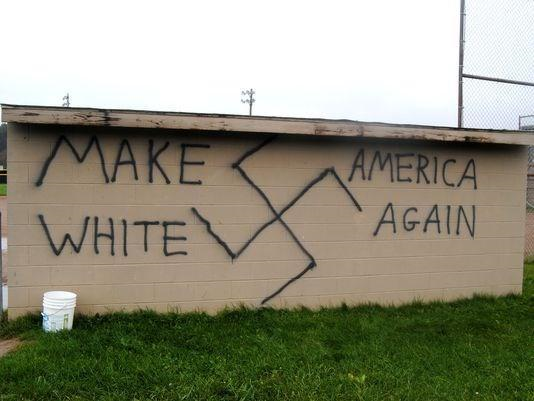 Fears of heightened bigotry and hate crimes have turned into reality for some Americans after Donald Trump’s presidential win on Tuesday November 8th. And the list of incidents keeps growing.

According to the Southern Poverty Law Center, they’ve counted more than 300 cases of hateful harassment or intimidation in the U.S. since Election Day. “They’ve been everywhere — in schools, in places of business, in stores like Walmart and on the street,” SPLC President Richard Cohen said Monday.

While Trump has been accused of fostering xenophobia, hate, racism and Islamophobia, some people have used his words as justification to carry out hateful crimes. In recent days we have witnessed ugly episodes of racist or anti-Semitic pro-Trump graffiti along with threats or attacks against Muslims.

Join me tonight at 6:30 p.m. EST on “Conversations Of A Sistah” via blog talk radio with my special guest, who is no stranger to this blog, Republican Commissioner of the Passaic County Board of Elections, Mike Ramaglia (pictured left), as we discuss racism and its role in this election.

All “Conversation links” in this email make it possible to access the show.

In the meantime, sound off here and meet me on the air.