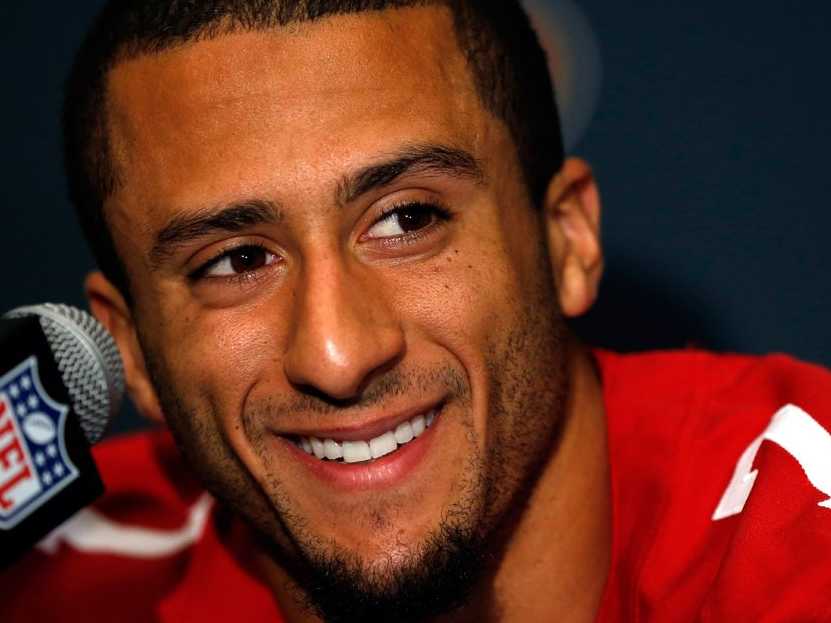 “I am not going to stand up to show pride in a flag for a country that oppresses black people,” he said after the game.

The quarterback remained defiant amid the firestorm of criticism directed his way after the 49ers loss to the Green Bay Packers on Saturday.

Kaepernick said nothing is going to change as long as there is injustice and police brutality toward black people in America.

“I’m going to continue to stand with the people that are being oppressed,” said Kaepernick, who is biracial and was adopted by white parents.

Even though he risks being cut by the team for his stance, Kaepernick says the message he is sending is very necessary.

Kaepernick criticized the lax hiring process for cops in America.

“You can become a cop in six months and don’t have to have the same amount of training as a cosmetologist,” Kaepernick said. “That’s insane. Someone that’s holding a curling iron has more education and more training than people that have a gun and are going out on the street to protect us.”

Is Kaepernick wrong for his strong stance on police brutality and racial profiling?

22 thoughts on “He refused to Salute the flag, what’s the issue? on “Conversations Of A Sistah””