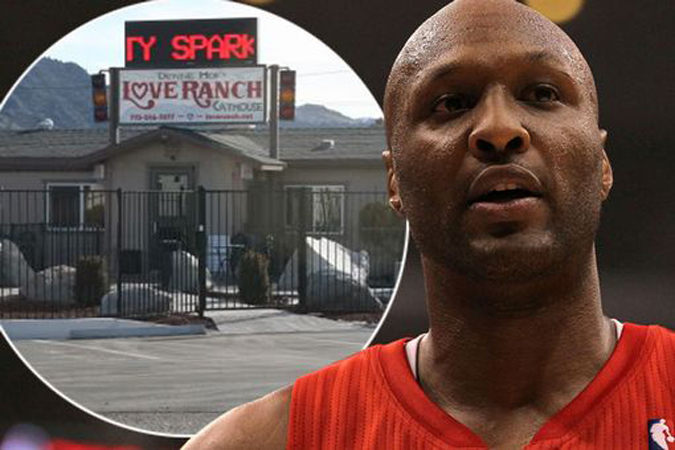 Former LA Lakers star Lamar Odom had a “significant amount” of cocaine in his system and suffered “several strokes” according to Us magazine. The 35-year-old father of 3 was found unresponsive and in full respiratory arrest in a VIP room at a Nevada brothel on Tuesday.

A source close to the family tells Us Weekly that Odom suffered several strokes during the night while hospitalized in intensive care at a Las Vegas hospital. Odom is on life support in critical condition.

Odom is on a ventilator and is not expected to recover from his brain damage.

The 6-foot-10-inch center was found by two employees of the Love Ranch around 3 p.m. (6 p.m. ET) Tuesday. Witnesses described mucus coming out of his nose and mouth. He was unresponsive and not breathing when emergency responders arrived.

The brothel’s owner, Dennis Hof, told gossip tabloid TMZ, Odom been partying at the ranch with hookers since Saturday. Hof said Odom was “aided” by a herbal drug similar to Viagra.