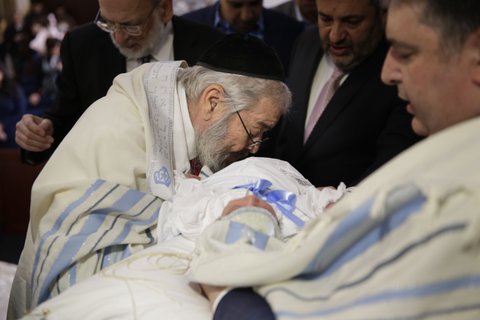 The ritual, called Metzitzah B’Peh, involves a rabbi — called a “mohel” — performing circumcisions on a baby boy, then using their mouths to suck the blood from the baby’s penis.

During his campaign, De Blasio promised to lift a regulation that required parents to sign a form giving their mohel permission to perform the ritual circumcision. But Jewish leaders decried the regulation as an affront to their religion.

According to The New York Observer, only one family turned in a form to the health department since the regulation was put into place.