Sanford Rubenstein (pictured right and inset) is a prominent New York attorney and he’s being accused of allegedly raping a 42-year-old official of the National Action Network after the victim (pictured left with her face covered) accompanied the lawyer to his apartment after Rev. Al Sharpton’s birthday celebration at the Four Season’s Restaurant last Thursday.

Rubenstein who is not only a member of Sharpton’s National Action Network but a prominent lawyer and good friend who’s joined at the hip with the civil rights activist, winning racially fueled cases in the sum of millions against the city once their cases settle. Rubenstein has the reputation of being a “pit-bull” in the court room. 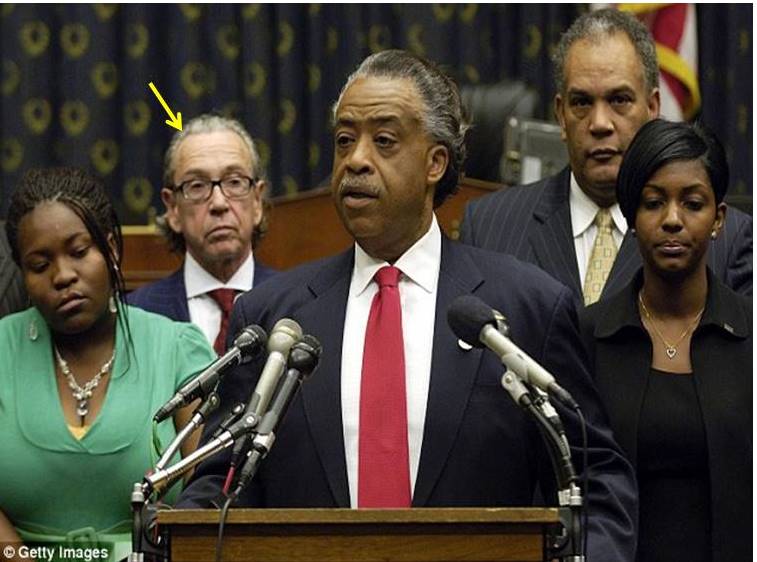 The victim, a 42 year old mother and top aide in Sharpton’s administration escorted the prominent lawyer back to his apartment along with her girlfriend. In her inebriated state, she allegedly asked her girlfriend to leave the apartment as she stayed behind. The next morning after having had sex with Rubenstein a second time, the victim left his upscale penthouse and went straight to police.

In the meantime, Rubenstein vehemently denies the allegations and concedes that the sex between the two was consensual. Of course it was consensual, what woman escorts a man up to his penthouse in the wee hours of the morning for a coffee clutch she and a girlfriend? The victim apparently felt comfortable enough to go this far. And being Sharpton’s aide I’m sure this was not the first time the victim has come in contact with the prominent attorney.

I not only smell a rat but I think this is a setup. Time will tell.