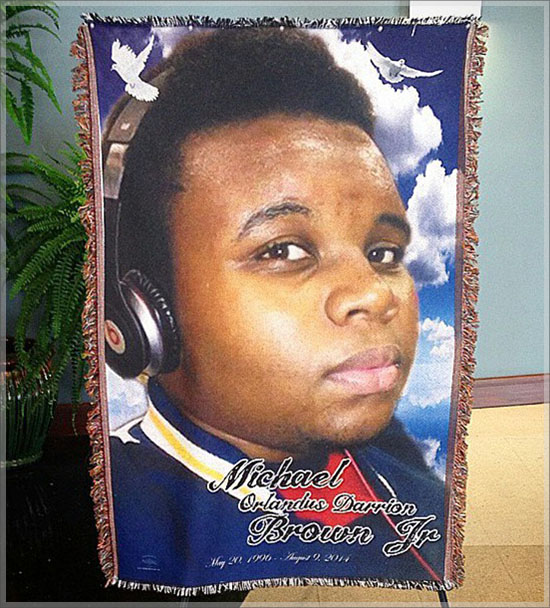 Mike Brown the 18 year old unarmed teen, who was executed by a Ferguson, Missouri police officer was laid to rest yesterday, in an emotional and moving service attended by over two thousand mourners.

In a rousing speech, the Rev. Al Sharpton reminded mourners that 18-year-old Brown “should be in his second week of college.” And described how Brown’s body was left on the street for hours after he was killed “like nobody cared about him, like he didn’t have any loved ones, like his life value didn’t matter.”

The vast majority of mourners at the Friendly Temple Missionary Baptist Church were African-American and many said they were deeply moved by the funeral.

Brown’s stepmother shared how Mike told her a month before he was gunned down in the streets that he kept dreaming about death.

Right now, a St. Louis County grand jury is considering whether to charge the white officer with a crime. Wilson, 28, has not been seen since the killing and has made no statements.