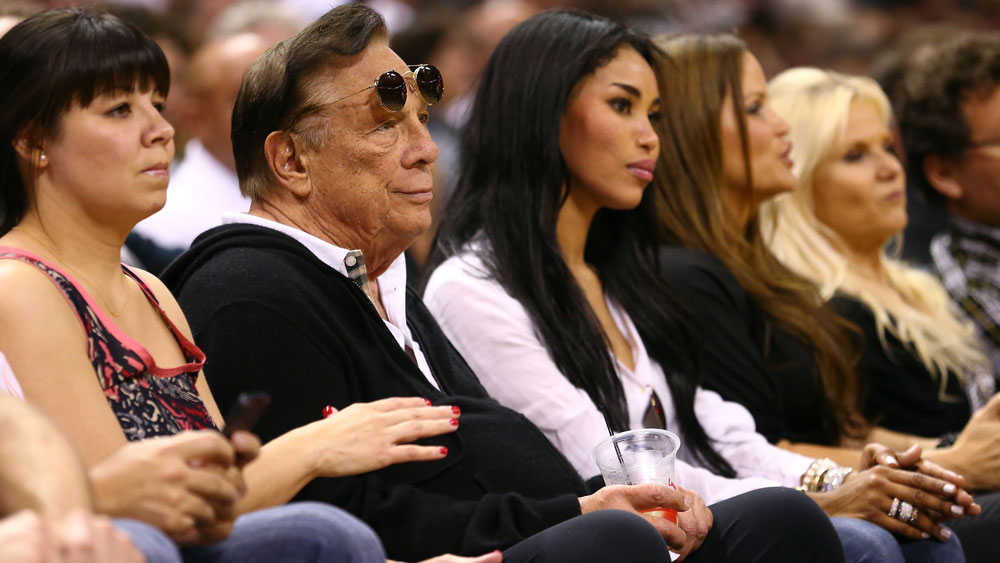 TMZ released on Friday night a taped conversation allegedly between Sterling and his girlfriend V. Stiviano, 38 (pictured above), in which Sterling asks Stiviano not to publicize her friendship with African Americans.

“It bothers me a lot that you want to broadcast that you’re associating with black people,” a man identified as Sterling says on the tape in reaction to Stiviano posting a photo on Instagram with Lakers legend Magic Johnson. “You can sleep with (black people). You can bring them in, you can do whatever you want. The little I ask you is not to promote it … and not to bring them to my games.”

The Clippers team said in a statement that the woman on the tape is “the defendant in a lawsuit brought by the Sterling family alleging that she embezzled more than $1.8 million, who told Mr. Sterling that she would ‘get even.’”

“Mr. Sterling is emphatic that what is reflected on that recording is not consistent with, nor does it reflect his views, beliefs or feelings,” the statement says.

“It is the antithesis of who he is, what he believes and how he has lived his life. He feels terrible that such sentiments are being attributed to him and apologizes to anyone who might have been hurt by them. He is also upset and apologizes for sentiments attributed to him about Earvin Johnson. He has long considered Magic a friend and has only the utmost respect and admiration for him — both in terms of who he is and what he has achieved. We are investigating this matter.”

This matter has garnered reaction from Magic Johnson, Charles Barkley, Snoop Dog and a whole host of others. Johnson tweeted that he will never attend a Clippers game again as long as Donald Sterling is the owner.

Sterling was reportedly supposed to receive a lifetime achievement award at the Los Angeles NAACP’s 100th anniversary event on May 15.