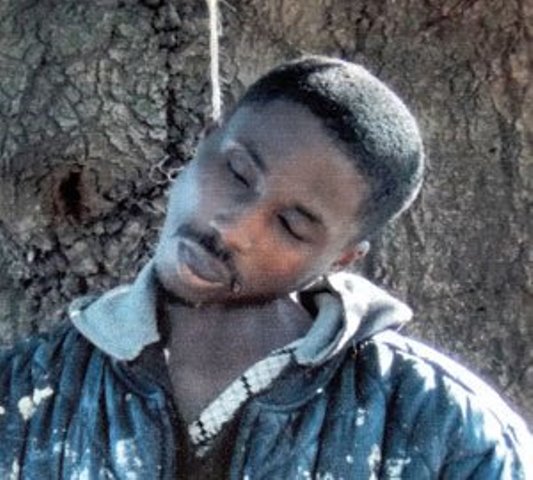 By popular demand, I will resume last week’s subject this week…”A modern day Lynching” on “Conversations Of A Sistah” tonight.

Lynching is murder by mob, often by hanging, but also by a burning at the stake or shooting, in order to punish an alleged transgressor, or to intimidate, control, or otherwise manipulate a specific sector of a population.

Racism in America has set the scene for many injustices since the founding fathers birthed the notion of life, liberty and the pursuit of happiness. The killing of young black men in our society seem to be a modern day lynching however, racism has taken a seat to a more pressing problem in America: a broken justice system.

Some people might have expected to see an increase in the overt lynching and murder of Black men by white extremists under the Obama administration due to the backlash of white right-wing conservative resentment.

In the recent events taken place in Florida, the stand your ground laws ought to be called a Right to Kill for White People laws because that is precisely what they are. Self-defense means nothing when a black person asserts that right. How do black people defend themselves when the justice system is arrayed against them?

Michael Dunn, the Georgia man who shot and killed 17-year-old Jordan Davis after an argument over loud music in Jacksonville, was found guilty on 3 counts of 2nd-degree murder and 1 count of throwing a deadly missile.

Join me tonight at 8:00 P.M. on “Conversations Of A Sistah” via “Conversations Live” as I address many of such injustices as being Modern Day lynchings.