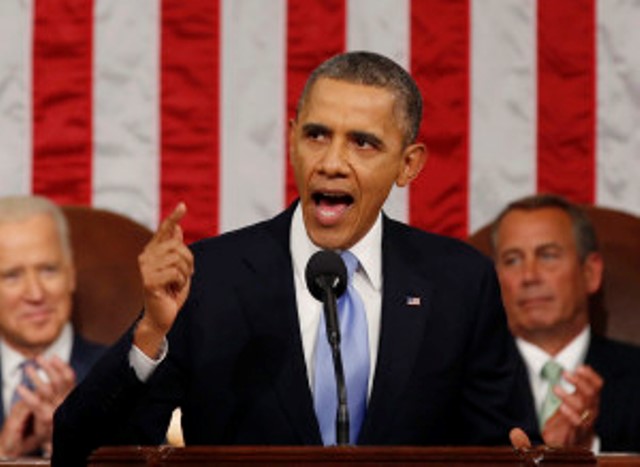 Did you watch President Obama’s state of the union address last night? I was back and forth with it between “the have’s and the have not’s”.

Word was already OUT and all in the media how President Barack Obama said “he was going to start overriding congress on executive orders to get the sagging economy moving”. Obama is tired of being disrespected and tired of talking to these cry baby ass republicans, so now he’s warned them all publicly that; he’s got a pen and telephone and will start moving things along without them.

The president is tired of negotiating and trying to be fair while the republican’s and congress hold the American people hostage because of their own hatred, prejudices and political agenda’s.

Besides, it’s not as if congress listens to the President’s demands he lays out during the State of the Union address anyway. Last year, only two of his requests were fulfilled by the least productive congress in history, pushing Obama to enact more executive orders without congress’ approval.

Now his attitude is “fuck it” I’m the president, it’s time to make shit happen on my own!

64 thoughts on “Pres. Obama is in the “fuck it” stage of his presidency!”