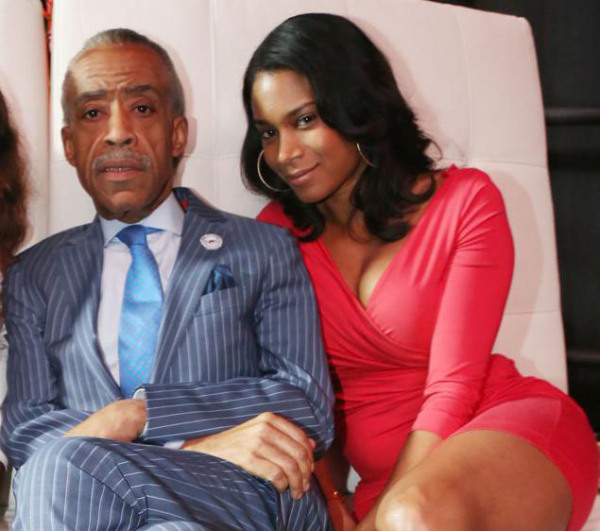 Seems the The civil rights activist and MSNBC star, 58, is dating 35-year-old Aisha McShaw. The newly couple have been seen booed up at important political events and special occasions including the White House Correspondents Dinner in April and President Obama’s holiday party in December.

The decades-younger main squeeze of the good right rev., arrived in a form-fitting black and white dress with a sharp-suited Sharpton at the New York County Democratic Committee Award Ceremony on Monday night. When a Daily News reporter asked her to define her relationship with the civil rights powerhouse she said; “I’m his girlfriend” before Sharpton intervened and snatched her away from the reporter.

Sharpton’s relationship with McShaw appears to be the most serious one he’s had since separating from his wife Kathy in 2004 after 24 years of marriage.

This relationship for McShaw, is clearly about three things: money, power and prestige because with Sharpton’s weight-loss who could stomach everything dropped, droopy and jiggling.