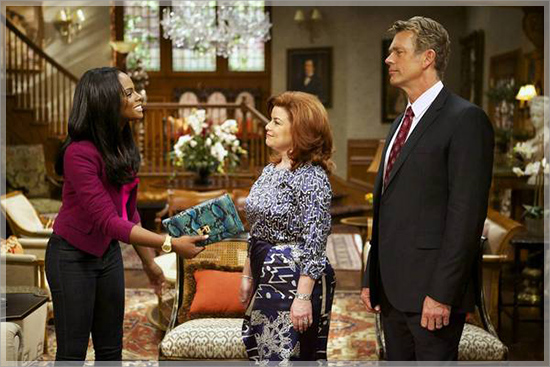 Viewers loved the premiere of Tyler Perry’s ‘The Haves and the Have Nots’ on Oprah’s OWN Network. The series premiere drew record ratings for Tyler and Oprah’s joint partnership. But the critics reviews of the show were brutal.

The show’s stars, Tika Sumpter, left, Renee Lawless and John Schneider helped to make “The Haves and the Have Nots” the network’s highest-rated premiere “ever,” according to a release from OWN.

“The Haves and the Have Nots” is typical of Tyler Perry’s obsession with glorifying the greedy “haves” while pitying the needy “have-nots” in his films.

However, initial reviews for the series were not kind. OWN did not send the show out to critics prior to its premiere, mirroring Perry’s policy of not allowing his films to be pre-screened for reviewers.

Brian Lowry of Variety called the show “claustrophobically cheap, not to mention poorly written and indifferently acted.” He added that the show could potentially damage Winfrey’s legacy of uplift and self-empowerment.

Mary McNamara of the Los Angeles Times was even more scathing, calling the show “so awful that the awfulness appears intentional. Except that might make it interesting, and it just isn’t.”