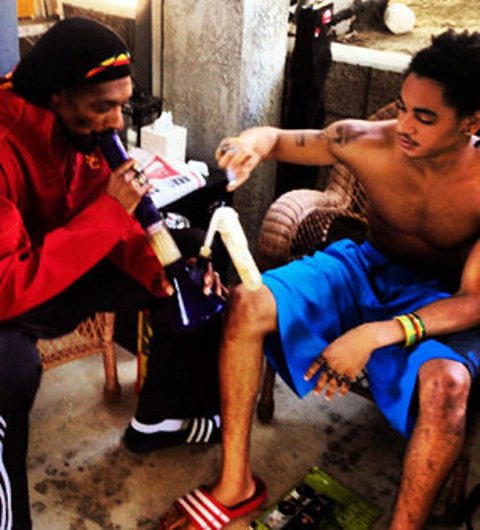 A family that smokes marijuana/weed together, stays together?

Rapper Snoop Dogg (or Snoop Lion as he now prefers to be called) is defending the controversial photo (above) of his 18-year-old son Corde lighting his father’s bong. In an interview with The Hollywood Reporter, the rapper says, “My kids can do whatever the hell they want. For me to say otherwise would be hypocritical.” So it’s safe to say his kids are raising themselves.

“A lot of motherfucker’s don’t have a relationship with their kids, and that’s when they get on drugs and have suicidal thoughts and drive drunk. Me and my son is mellow. I’m his father, so I wanna show him the proper way because he looks up to me. What better way to get it than from the master?”

When the THR reporter arrived at Snoop’s home for the interview, the teen (Corde) was sitting in the backyard rolling joints.

But getting high isn’t Corde’s only pastime, Snoop’s son wants to be a rapper like his famous father. 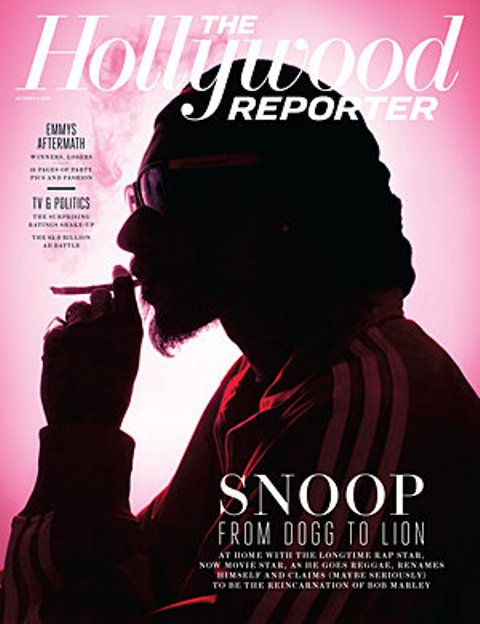 “He’s getting there,” Snoop says of his oldest child (he also has son Cordell, 15, and daughter Cori, 13), who has already written songs titled “Rollin, Rollin, Rollin … Stoned” and “Commemoration of Vaporization.” “I see myself in him, but he needs to walk in his own shoes.” Snoop says.

You can check out Snoop Dogg’s upcoming interview in The Hollywood Reporter.

29 thoughts on “Snoop Dogg Smokes Weed With His Son…”