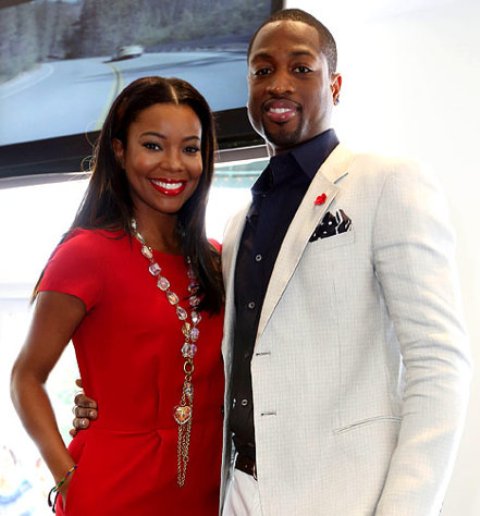 The Miami Heat basketball player, 30, gushed when referring to his girlfriend during Oprah’s Next Chapter July 8. And it’s all because of the way Gabrielle Union helps raise his sons, Zaire, 10, and Zion, 5 (from his previous marriage to Siohvaughn Funches, his high school sweetheart).

Dwayne said he loves her especially when, Zaire (his oldest son) comes home and homework is a little hard that day, so he’s stressing, and she goes to the table with him and she sits down until he gets it,” Wade said of Union, 39, his love of three years. “And at that time my heart is smiling a little bigger that day because I know her love is deeper than just me.”

In March 2011, Wade was awarded custody of his boys after a three-year court battle with Funches. Despite their highly publicized family drama, Wade made sure his sons never doubted both of their parents’ love. But in the meantime, Siohvaughn might lose her 12th lawyer in the child custody battle with Wade due to her erratic and bitter behavior. Siohvaughn was recently arrested for refusing to return the boys to Dwayne father’s day weekend.

But Dwayne Wade, the two-time NBA champ said, with Gabrielle Union by his side, his life has only gotten a whole lot better. “We’re a family, and we’re growing as a family every day. And I think that’s the great thing about it,” Wade said. “We have so much more room to improve as a family and it’s awesome.”

Oprah’s Next Chapter aired Sunday (July 8th) on OWN.