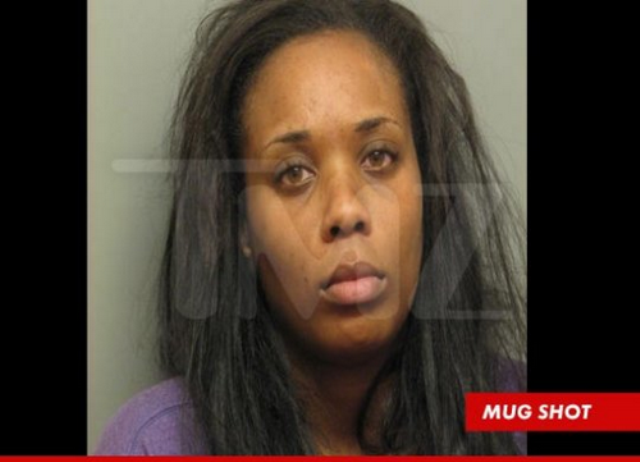 According to the filing, the two boys were to be picked up by Wade’s sister around noon Saturday so they could make a 3:05 p.m. flight from Chicago to Miami so they could be in South Florida for the entirety of Father’s Day.

Wade’s sister got no response at the home, and after “several hours” the sheriff’s office was called to send someone to the scene, according to the filing. It also said Funches-Wade attempted to leave the home without the children when one of the responding deputies tried taking her into custody.

The boys, at that time, were with another woman at the home who was identified as Nadgee Alarcon inside the home, according to the filing. Nadgee was also charged and arrested for interfering and aiding Siohvaughn’s attempt. Her charges are all misdemeanors.

This custody issue between Dwayne and Siohvaughn is a very serious situation, especially since Siohvaughn seems to be emotionally upset, distraught and bitter over their current situation. I hope the matters between she and Dwayne can be resolved amicably before she becomes detrimental to her boys and detrimental to herself, which can lead to some serious repercussions.

Wade’s issues with his ex-wife have been a topic of media scrutiny for some time now, as he recently finished writing a book primarily about fatherhood and the custody fight for his sons. It will be released on Sept. 4.