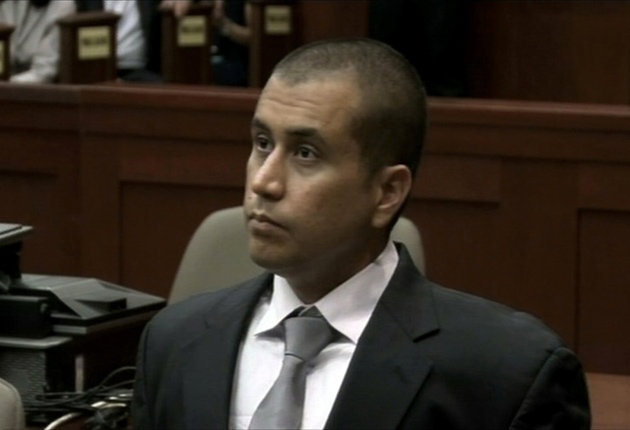 The self-proclaimed neighborhood watch killer had a hearing in Seminole County Florida this morning, where a judge set his bond at $150,000.

Clad in a dark suite and a crisp white shirt and tie, Zimmerman appeared in court looking like a choir boy; as he apologized to Tracy and Sabrina Martin for killing their son Trayvon.

Zimmerman’s bond comes with the following stipulations: he must seek permission to travel out-of-state for his safety, when in my opinion, he’s safe nowhere at this point. Zimmerman has to have GPS monitoring system, no possession of firearms, no use of controlled substance and no contact with the victim’s family.

He must also meet with the state to be fitted for a GPS ankle bracelet, which means he most likely won’t be released until Monday. However, Zimmerman can be released by paying at least 15,000 which is 10% of his bond.