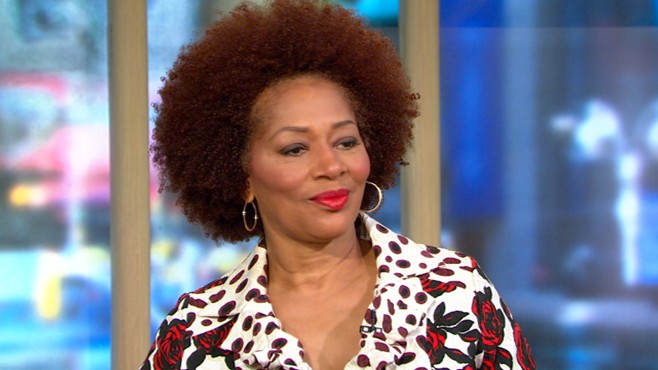 Author Terry McMillan, in a recent interview with The Huffington Post, gave her thoughts on the “Waiting To Exhale” sequel and whether Oprah Winfrey would be playing Whitney Houston’s role (as rumored), when and if the story hits the big screen.

McMillan said “she’s thinking about the best way to proceed”.

Myself and [screenwriter] Lori Lakin Hutcherson wrote drafts for the film and then Whitney passed away. And so now the studio is trying to take a moment to think about how best to proceed. They’ve made it crystal clear that they want to proceed, but it’s just a matter of how.

I have mixed feelings about which way might be best to tell the story. I have critics who feel like they are casting directors, and they know more about what should happen. You have no idea. People have said that we should just kill off the Savannah character, or have her go get a job somewhere and move out of the state. I mean, all kinds of things. And then I have people who think they have in mind who should play Savannah. And right now I’m not in a position to be an advocate one way or the other, with the exception of the fact that it’s hard to imagine the story without the Savannah character in it.

Even though I know how other people may feel the opposite. I feel terrible about Whitney, just like everybody else, but there’s a part of me that also feels that she would want the film to go on. That’s just my gut feeling. And it has nothing to do with me not having an allegiance to her or respect for her. I just have a feeling that Whitney would love from heaven, to sit up there and watch who else can do the character.

What do you all think should happen to Whitney’s character Savannah? Sound off with your opinion, I’d like to know.

50 thoughts on “Terry McMillan: May Do “Waiting to Exhale” Sequel and replace Whitney’s Character”