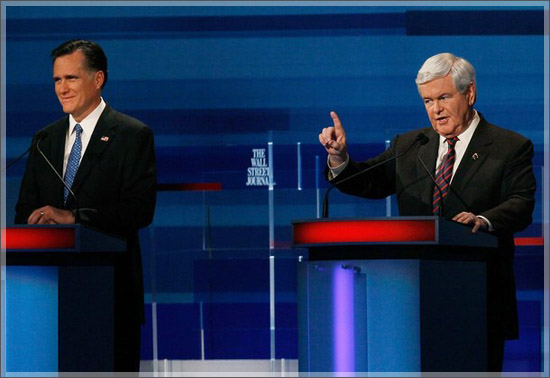 Gingrich says schoolchildren should be given janitorial jobs because, in his opinion, janitors in the NYC public school system earn way too much money. The average annual salary for a NYC public school janitor is $80,000, compared to a teacher who earns $45,000 annually.

According to the NY Daily News, Gingrich argued the best thing public schools could do for students – particularly black students – was to give them a broom.

“Can’t you see that this is viewed at a minimum as insulting to all Americans, but particularly to black Americans?” asked Fox News questioner Juan Williams, who is part Hispanic and black.

“No, I don’t see that,” Gingrich responded, with rousing applause from the majority white audience.

On Jan. 21, voters in South Carolina will vote to pick their choice for the Republican presidential candidate. Recent polls in the South show Gingrich running second behind former Massachusetts Gov. Mitt Romney., who did not oppose one word out of Gingrich’s mouth. That means they’re two of a kind because silence brings consent.

123 thoughts on “Newt Gets The Boot For Calling Obama, The Food Stamp President!”