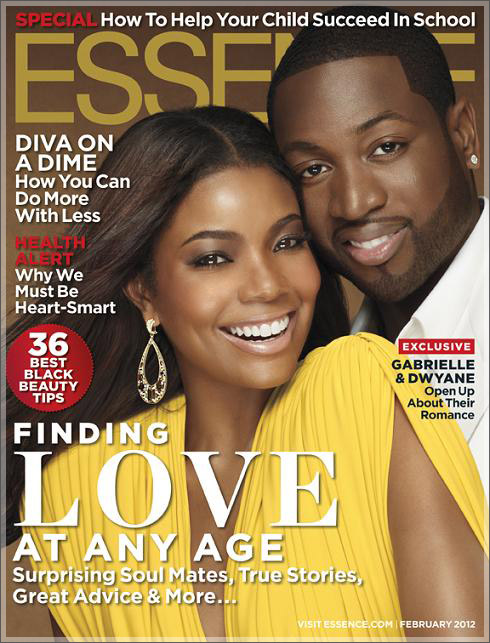 Ooh and I know Siohvaughn is pissed!!!!!

Dwyane Wade and Gabrielle Union will grace the cover of the February 2012 issue of ESSENCE magazine. The NBA star met the sultry actress while he was still married to, Siohvaughn Funches. Gabby caught a lot of flack from NBA groupies and others who objected to her home wrecking talents. But the reality of the situation is that the love was gone in Siohvaughn and Dwyane’s marriage by the time Gabby worked her feminine wiles to get him.

On the subject of marriage, Wade said:

“We’re not rushing it. Both of us have been married before, and we understand that if we choose to marry again, we want it to be right. We both took failing at marriage hard. The next time it’s gotta be forever…” — Dwyane Wade

Dwyane Wade’s 8 year marriage to his high school sweetheart Siohvaughn came to an end in 2010 and Gabrielle Union was married for 5 years to Jacksonville Jaguars running back, Chris Howard. Their marriage ended in April of 2006.

Read the full interview in next month’s Essence!